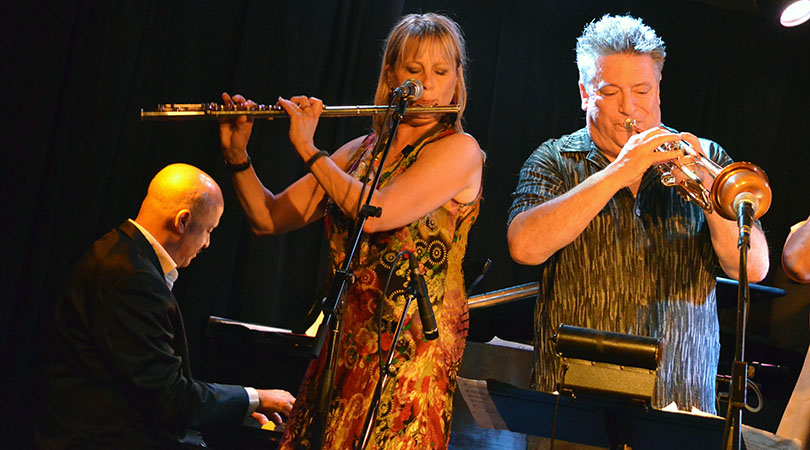 The recording of Cuban Rhapsody (Alma Records, 2011) followed that epic recording. It was first and foremost a celebratory reunion of sorts. It is also a first for Ms. Bunnett, who has rarely worked with any producer other than her trumpet-playing husband, Larry Cramer. Putting her art in the hands of Alma Records and producer Peter Cardinali was also a leap of faith. 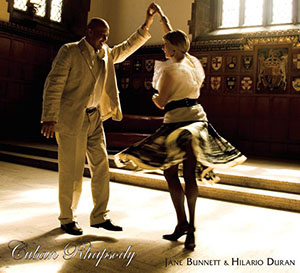 For Hilario Durán playing classic repertoire from Cuba sounds like an emotional journey to a place in his youth where he first fell in love with music. For Ms. Bunnett, apart from being “Havana-Jane” there was another touchstone: the brilliant album, Jane Bunnett and the Cuban Piano Masters, (EMI/World Pacific, 1996), an album that featured the late Frank Emilio Flynn and José María Vitier. The fact that Mr. Durán was not on that album has now been fully redressed. Cuban Rhapsody is an exquisite body of music. Not only does it represent the work of great Latin American composers such as Miguel Matamoros, Ernesto Lecuona, José María Vitier and Frank Emilio Flynn, but this time Mr. Durán and Ms. Bunnett play some of the most enchanting contradanzas ever put down on record. This is where the rhapsodic element of the record comes in.

Nowhere does Ms. Bunnett’s lithe and fluttery tone on soprano saxophone and flute sound better. She plays with sublime authority on both instruments, soaring into the azure of each song with stellar grace. Her command of color and timbre is second to none – in fact on soprano saxophone, she proves that she has few equals and often raises the bar (“María la O”) to such vaunted heights that it seems impossible to envision anyone ever clearing this. Hilario Durán, for his part, shows a distinct side to his playing. His technique and expression is absolutely beyond reproach, but it is his masterly control of harmonically fanciful flights that is stunning on this album. Mr. Durán has always been known to have killer tumbao, that rhythmic ingenuity that fires his left hand. On this album there is plenty of that, but also a graceful right hand that creates wondrous whorls of harmony that wrap themselves around Ms. Bunnett’s flute or saxophone flights like the other half of a double helix. The two musicians seem to be part of the same DNA when it comes to Cuban music at least and this is one of the most compelling aspects of their playing on Cuban Rhapsody.

This album is brimming with special moments. But the duo truly excels on Miguel Matamoros’ “Son de la Loma” as they address a familiar classic with fire and emotion that makes the hair stand on edge. The “Contradanzas” (all five of them) contain some of the most beautiful playing by both Ms. Bunnett and Mr. Durán on record. On each of the fabled music, the conversational exchanges on piano and reeds and winds reach a high-water mark and this will be hard to match by anyone who comes after this. “New Danzón,” Mr. Durán’s sole composition on the record is a masterpiece of melodic magic as well as harmonic mystery. It is work of this nature that continues to keep Cuban music front and centre today. However, at the end of the day it is the consummate skill of both Mr. Durán and Ms. Bunnett, especially showcased on Frank Emilio Flynn’s maddeningly lovely “Sherezada,” that makes this recording what it is: a duet album of rare and beautiful playing by two masters of modern music.

Throughout her expedition, Jane Bunnett has pushed the envelope—both as a musician as well as a collaborator. She and her husband, trumpeter, producer and co-conspirator, Larry Cramer, have been instrumental in opening hearth and home to the music of Cuba. No one has done more to bring more music and musicians to the world outside that vibrant country that has been so unfairly treated for the past 50 years! Yet Jane Bunnett is no fusionist! Cultures collide in her art as it traversed the musical universe joyfully destroying borders. Ten of her albums have been made with some of the finest, yet largely unknown Cuban and other Latin American musicians and they recall to mind the great work done by Pharaoh Sanders and Randy Weston with the Gnawas of Morocco.

Musically, Jane Bunnett is a direct descendent of John Coltrane and Pharaoh Sanders, and, of course the inimitable Eric Dolphy—although was most certainly shaped by one of the soprano’s greatest exponents—Steve Lacy, with whom she studied. Her technique on the instrument is virtually unsurpassed. But what is most significant is her deeply spiritual sound. She also plays flute with equal facility and her sound is so haunting at times that she can conjure up the ghost of Eric Dolphy flitting happily like a jitterbug, or roaring like a dark foreboding sky on a stormy night. No matter what instrument she plays, however, Jane Bunnett speaks to the soul with her horns. Her commitment to her art is so total; she could not really play a note wrong. The child-like spirits are truly dancing in the flesh here… and this means the genius is alive and kicking. 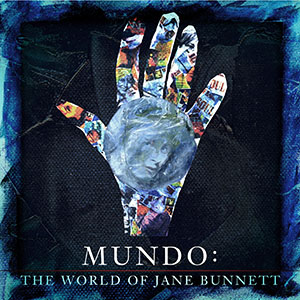 In 2012 Jane Bunnett was also honored by a retrospective of three decades of her music. This was a 2-volume record of her extensive oeuvre. Some of the most beautiful music she had put down on record was excluded from the retrospective, but also included was music that has come to be among the most enduring repertoire by any musician in contemporary music. The music is culled from 17 albums. And while work from the seminal debut album, In Dew Time is sadly missing -for it contains work by a legendary drummer the French-Canadian, Claude Ranger, who has so tragically and mysteriously literally fallen off the face of the earth.

Happily, there are two new charts specially recorded for this album (a double CD). The first is “Gotcha”, a delightful song that mixes the New Orleans dirge with an ecstatic B side to the song. And then there is “After Rain, Comes Sun,” featuring an ethereal recitation by the Cuban rapper, Telmary Díaz. Both charts bring Ms. Bunnett together with a brass/winds ensemble, The Heavyweights Brass Band, whose empathy with Bunnett is sensational.

It would be remiss not to mention Ms. Bunnett’s trumpet playing husband and producing partner, Larry Cramer, who only appears to play a subordinate role in all of Ms. Bunnett’s projects. In reality, Cramer, whose great ears and wonderful playing have graced every project by Jane Bunnett has been instrumental in not only co-authoring several charts, but also producing all of Jane Bunnett’s music. Mr. Cramer is a fine instrumentalist who plays well within himself and embellishes Ms. Bunnett’s work like a master-chef who plants the secret ingredient into a dish fit for the gods. As a producer and with Mundo: The World of Jane Bunnett, Cramer does not disappoint either and has produced yet another memorable album for his wife and star, Jane Bunnett.

Whether the release of Mundo: The World of Jane Bunnett will right the wrongs against Ms. Bunnett by an array of labels and other institutions who have simply failed to accord her the status and position that she deserves today remains to be seen. But for anyone following the development of African-Caribbean music or that spectacular voice called “jazz”; and whether she will be recognised as she deserves to be in her home base of Canada should be a matter of importance and intense speculation. Ms. Bunnett has been recognised by the Government of Canada and was once a darling of jazz programming, but she is no longer played often enough. Canada still whores after American musical gods; is still diffident about her own sons and daughters—particularly her artists, who are left to fend for themselves. Toronto is the worst offender of the lot, preferring to chase her losing sports teams (the Maple Leafs, the Toronto Raptors, the Blue Jays and the Argonauts) than elevating artists such as Jane Bunnett, Larry Cramer and others.