Wayne Shorter gave notice of his rare genius in a series of recordings he made for Alfred Lion at Blue note in the early 60s. Four classic albums – Night Dreamer, Juju, Speak No Evil and The All Seeing Eye – were followed by The Soothsayer and Etcetera. Shorter played tenor saxophone exclusively then and this suited his vision of a grim uncertain world. Technically, on these albums, modal and free improvising appeared to be merging, with rhythmic continuity loosened up without totally abandoning familiar notions of swing. But, for me, the most striking and enduring quality of the music here is its mystic quality. Shorter is perhaps the only other musician – since ’Trane – to possess such a unique inquisitiveness and focus, so as to contemplate and address such infinite subjects as these.

The visionary in Wayne Shorter really took flight in The All Seeing Eye, a masterful contemplation of God pondering his creation. This album reaches for the central mystery of the unfathomable relationship of the Creator’s and the earth. The suite of music bears comparison with ‘Trane’s A Love Supreme and Meditations. But The All Seeing Eye goes even further. Shorter has melded the mystical with the metaphysical superbly. In this respect, Shorter’s composition takes ‘Trane’s meditative musical concepts much further into the realm of (almost) theological questioning. Note the mystery of an infinite, yet ever present being – in ‘The Face of the Deep’ and the sinister face of evil, lurking in the form of ‘Mephistopheles’. Yet the music is eminently accessible, with a delightfully swinging quality and the message is ultimately triumphant. This series of records became the springboard for the next phase of Shorter’s contribution to music – both as a composer and, now as a soprano saxophonist.

And he did more than that… It was Wayne Shorter who contributed to the turning point in Miles Davis’ career as it turned the bend from the 60s to the 70s. His rare genius prompted Davis to say: “Wayne also brought in a kind of curiosity about working with musical rules. If they didn’t work, then he broke them, but with a musical sense; he understood that freedom in music was the ability to know the rules in order to bend them to your satisfaction and taste. Wayne was always out there on his own plane, orbiting around his own planet. Everybody else in the band (the first great quintet of the 60s) was walking down here on earth…

That’s why I say he was the intellectual musical catalyst for the band in his arrangement of his musical compositions that we recorded.”
Small wonder, then, that Shorter should have become – at least for the first half of its existence – the catalyst for another great band that roared into the era of the 70s: Weather Report. Even when the band no longer benefited by his astounding compositions (such as those on Heavy Weather, Sweetnighter, Mysterious Traveler and I Sing The Body Electric), Shorter – master of the soprano saxophone – remained very much the band’s other catalyst and there was no mistaking his ability to tell a story, when he interpreted Zawinul’s and Pastorius’ compositions. I recall a particularly brilliant musical excursion on an improvised piece played on Weather Report’s celebrated tour of Japan. The almost symbiotic relationship with Zawinul as they traded thoughts and concepts telepathically, creating one of the most remarkable musical adventures. You feel the same sense of wonderful symbiosis on other musician’s records that Wayne Shorter graces. The most remarkable ones being Joni Mitchell’s many sessions.

Happily, after Weather Report, Wayne Shorter has returned to leading his own groups again. Although Atlantis, one of the first new Shorter expedition provided a taste of things to come, it was the duet album 1+1 with old friend, Herbie Hancock that heralded Shorter’s return to the Soul Train! 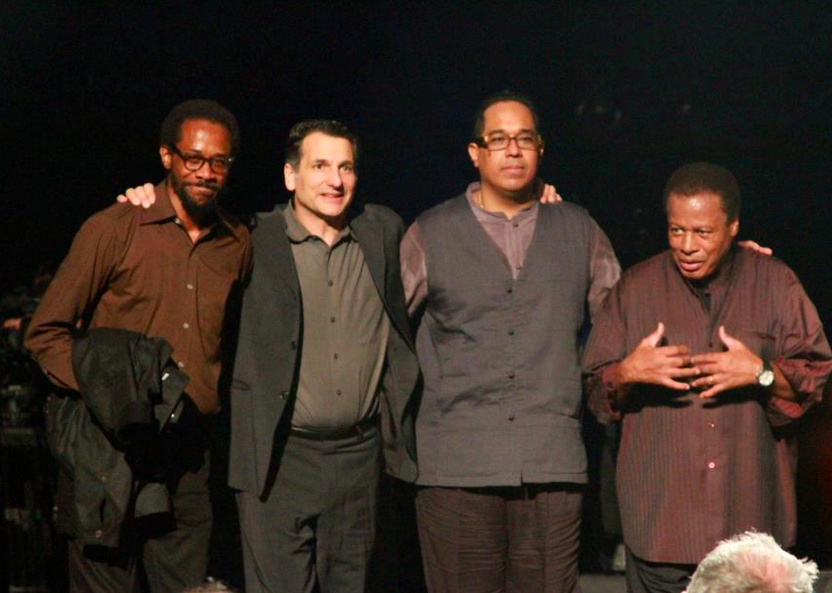 His three compositions – ‘Meridianne – A Wood Sylph’, ‘Aung San Suu Kyi’ and ‘Diana’ – are sublime musical adventures. While others may write musical sketches, Shorter brings history and legend, pathos and triumph into this music. I believe that ‘Aung San Suu Kyi’ is one of the most spectacular stories of human triumph. The tragedy of Suu Kyi’s life of relative silence under the repressive regime of the Myanmar Junta is spectacularly captured with the kind of bard-like sensibility as only Shorter could do. The composition captures the physical hardship and mental cruelty of freedom lost. In the ultimate triumph of the breakthrough of the irrepressible human spirit Shorter has described what why we must rejoice for our freedom and the inability to repress the truth of freedom in the raising of the spirit. This work recalls the masterly manifestoes of Patrice Lumumba, Toussaint L’Ouverture and Leopold Sedar Senghor in their seminal works dedicated to ‘negritude’ and the rise of Africanization from colonial rule. This is why Shorter is, for me, one of the most significant musicians of our day. And this is why I always wait, with childlike excitement and expectation, every new work; even if he is revisiting – to refresh himself and us – early compositions, such as Footprints (both, the composition and the album). 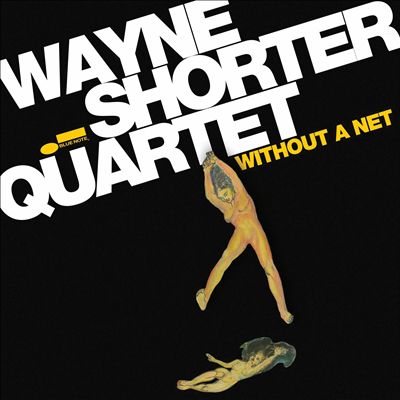 His 2003 record, Alegria literally leaps out at you. Conceptually it is in a similar vein to 1+1, but using larger groups, Shorter now creates work for a bigger canvas. His opening track, ‘Sacajawea’ transports us to another world of courage and freedom with an interpretation of the life of the heroic Shoshone, ‘Bird Woman’ who was sold in slavery to a French-Canadian trader, freed and redeemed herself by finally being asked to join the Lewis and Clark expedition to the Pacific Ocean in 1804 and 1805. ‘Veindiendo Alegrias’ and ‘Bachianas Brasilerias No.5’ pay extraordinary tribute to the rich heritage of Brasil, with triumphant interpretations of that country’s edifying music. ‘Angola’ tells of the African country’s rising from the shackles of colonial rule with a spectacular melding of rhythmic intensity with circular narrative. In this densely textured album, Wayne Shorter has led a new expedition through time. And he has made our own, adventure through life that much more edifying and memorable yet again. Like the heroes he sings, I too am reborn! As I am with successive albums by Shorter, especially in his 2014 one, Without a Net.

To my mind, both Wayne Shorter and the venerable Pharoah Sanders will always be today’s living griots, carrying on a tradition of artful storytelling that reminds us not just of the values of love and human courage – even in the most abject circumstances – but ultimately just how glorious life is meant to be. And in doing so we remember how timeless their art – this art of music – really is.