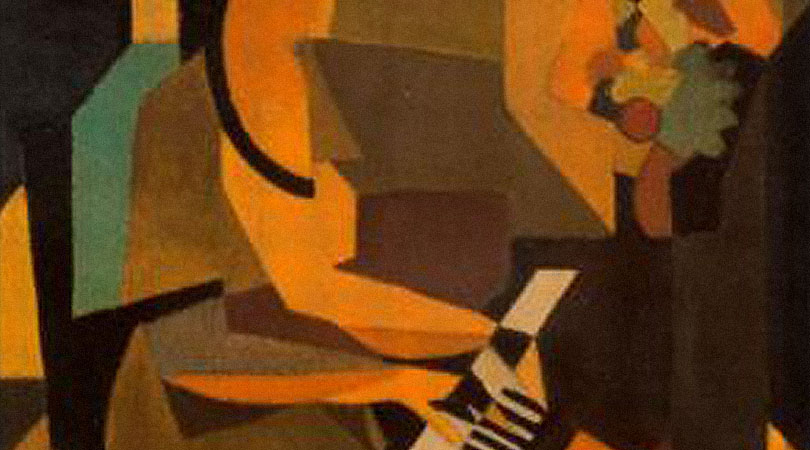 There is magic and mystery in the art of making music. The glorious enigma of sounds that arrive at the deepest recesses of the artist’s heart to quicken the blood! These notes and those notes pitched – seemingly from mouthfuls of air, when the artist lets loose his heart-song. The interminable hum of a random melody now harmonizes with the strings of the soul, setting the body on a spiraling expedition heavenward. Fingers tapping on a piano top, drumming out a rhythm – hot and holy! Then this melts into a living song breaking like a flaming dawn in the interior landscape of the mind. Synapses shoot across its universe as music uncoils in thunderous waves upon quivering lips. Magic and mystery tormenting the artist deliciously as the music courses through mind and body until it bursts through the fingertips on the ebony and ivory of piano keys… on determined guts stretched, taut, across a fret board… and then some through lips pursed in perfect embouchure on shell and horn… and beaten out of the skins of a myriad drums.

Opus Dei! The artist is a mere vessel of pure energy through which a voice – unknown and Divine – speaks. The doors of chance and heightened perception are opened and the artist is drawn into the unknown, uncontrollable and unpredictable – the nagual universe. Poeta nascitur non fit – and like the poet, the musician too is born, not made! But the musician cannot be divine, so he becomes a sorcerer. In his art he enters the hyperreal. And when he does… a sense of saudades, and duende… awakens the soul! All of this brings about a state of mind, a transcendent moment of perception that can occur when the musician sublimates himself into the complexity of emotion that he is seeking to express, taking you out of time with him. Instinctively, emotionally and intuitively he is now capable of (musical) feats that are limited only by the vastness of his inspiration and imagination. None of this can ever be manufactured. It simply exists with its soul-mate – the musician – on a higher plane, where everything exists and flows in a rarified state; where even the mere sight of water can be intoxicating! Like the sense of saudades, and duende it cannot be seen, but it appears and disappears illuminating everything in the artist’s path: strength, drive and courage. Thus it is, this magic and mystery, in essence and virtue: like the child and in absolute wisdom: like the ancient. 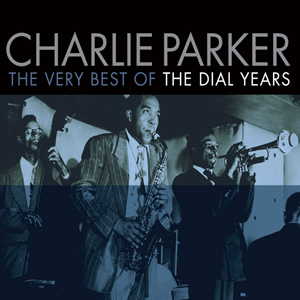 Throughout the 1940s Charlie Parker created possibly the most dramatic music of the past one hundred years, most of this preserved forever on the Dial and Savoy labels. But I believe that it is his mind expanding excursions on the alto saxophone, on “Embraceable You,” which reaches the zenith of perfection. You are sucked into his world, through his sublimity in this short song. You hear the agony of the inequitable relationships that an African American must endure. You feel the pain in his arms as they wrap themselves around the saxophone, ironically imitating the pain that a black man must endure as he reaches out in vain for the woman who will make him whole again. You feel the powerful drug of love course through his veins, corrupt by unacceptable color and race. You feel man, music and every tingling emotion melded into one. There are many other instances of the magic and mystery, where music sublimates human existence. Few come close in the intensity of that moment in time than the command performance of the Duke Ellington Orchestra when it first presented the Black, Brown and Beige suite.

Throughout his life Duke avoided confrontation with the pain of racial discrimination. But his music gave vent to his deepest feelings. In the Black, Brown and Beige suite, however, Mr. Ellington heard Divine intervention in the divisive society, which surrounded him. He heard the murmurings and shouts of his own heart as he sought to express his pain and joy. And he heard this in the way he painted the notes of his music with the textures he saw and the tones he heard, echoing from his brass, woodwinds, piano and percussion of his soul mates – his band – as they interpreted his epiphany… the growls and rants of protest, the peacemaking spirit and the joys of freedom – on a different plane – from all prejudice.

Music is a record of events. A history rendered by a human race that marches through time. It is – in its most sublime form – a record of struggle and of triumph. None better, I believe – and it is my view and my view alone. I believe that Charles Mingus’ Black Saint and the Sinner Lady. qualifies as historic as does his magnum opus, Meditations on Integration. 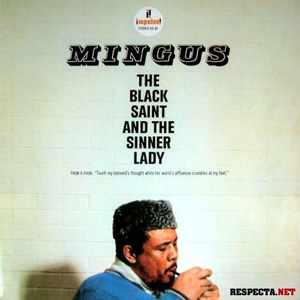 Let’s focus on the former work. This is a complete re-enactment of man and woman (circa: Adam and Eve and from then on; both black, although she may be as brown as some of Mr. Ellington’s women). It is the God-given power of woman to completely bewitch man, but here we have the ‘damning indictment’ of she being both black (or brown, or her being white) and the impossibility of giving because of the societal dictates of the Puritanism that drove American society (and continues to haunt it today). The resultant gestalt is a black society that is pushed ‘outside’ the norm, to inhabit the illicit relationship pimp and his woman, so that individually and severally, they may never be one with each other and with their fellow-men at large. Mr. Mingus uses duende masterfully, with the magical guitar of Jay Berliner, his own bass (violin) and the horns. He masters tone and timbre and texture as he carves the air with sound, imitating this life, this misery… and eventually, the joy of release and freedom from the shackles of convention – in dance! The music – most dramatically and appropriately – is conceived as a balletic score – life in the guise of dancers, accompanied by the musicians who become them as the ‘score’ progresses towards its conclusion. This music is utterly beautiful. Magic and mystery in struggle and despair, hope and freedom in the notes that emerge from the sublime minds of sublime musicians… every moment of the work of art!

But then the clouds darken and if we care to listen to the apocalyptic shout, we come to realize that human existence has reached its nadir in its penchant for making war. This we hear in Ornette Coleman’s masterful Skies Above America. How ironic that three hateful bloodbaths have occurred since Coleman’s work was composed, rejected and finally performed!

Surely this magnificent score came to its composer in that moment of inhabiting an elevated state of mind. It is almost as if the composer was standing outside and looking in on a society that has become its own monster. As dramatic as a Socratic – or a Shakespearean – tragedy, it unfolds on us. Strings and horns collide in one of the earliest harmolodic exploits, as the sky above America turns dark, then red. It is both fearful and deathly. You cannot listen to its music without the feeling of the mindlessness of our penchant for destruction that drives man today. Through Mr. Coleman’s opus, we become witness to our own dark side as the sky above reddens with the blood of thousands that give their lives up in the fruitless pursuit of ‘because some of us are superior’! 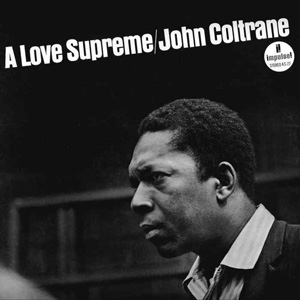 Then we shall turn to John Coltrane’s Meditations, for hope in ourselves. Late in his own life, Mr. Coltrane was driven by spiritualism – the quest for perfection, in the art he came to honor with grace and dignity. With his spare, but ‘thousand-piece’ quartet of bassist Jimmy Garrison, pianist McCoy Tyner and the great drummer Elvin Jones, accompanying his now horn-of-the-spirit-world, ‘Trane left us with conflict and resolution. In his Father, Son and the Holy Ghost, we come face to face with the power of the Trinity that creates, sustains and destroys – not life but rational thought (this, that often leads to our destructive nature)… and in doing so, breaks the spell of the tonal universe. Now we are able to ‘hear’ music as it was intended – unpredictable and full of surprise. And as we listen with heart and soul, rather than with mind and reason, pre-recorded cause and effect, we may live by the spirit of renewal – the and the way that we were created to enjoy our brief existence.

And so what is there to make of this magic and mystery? Jorge Luis Borges, in his essay on the empire of Shih Huang Ti strikes a telling note: Borges believes – like Benedetto Croce, the creator of a 19th century thesis – “that all arts aspire to the state of music, which is the perfect form. Music states happiness, mythology, faces belabored by time, certain twilights and certain places (that) try to tell us something, or have said something that we should not have missed, or are about to say something; this imminence of a revelation which does not occur is, perhaps, the aesthetic phenomenon.”