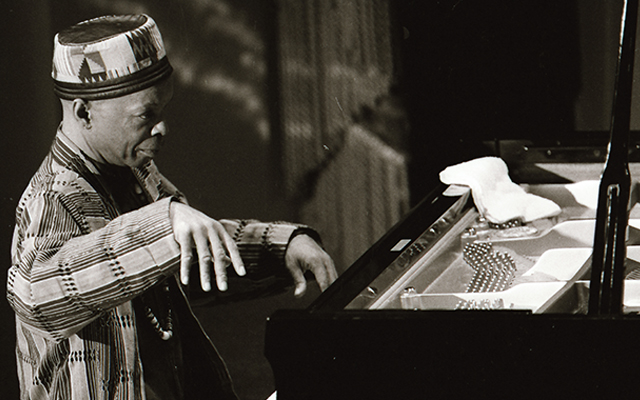 He probably did not go gently on April 22, 1995 (the very same day that his friend and compatriot on this musical journey, Charles Mingus was born). He must surely have raged against the dying of the light. But in his own way, because as he found, “Death is nothing at all. I have only slipped away into the next room. Whatever we were to each other, we still are. Call me by my old familiar name. Speak to me in the same easy way you always have. Laugh as we always laughed at the little jokes we enjoyed together. Play… smile… think of me and pray for me. Life means all that it ever meant. It is the same as it always was. There is absolute, unbroken continuity. Why should I be out of your mind because I am out of your sight? I am but waiting for you, for an interval, somewhere very near, just around the corner. All is well. Nothing is past. Nothing has been lost. One brief moment and all will be as it was before—only better. Infinitely happier. We will be one, together forever.”¹²

And when you think about it, that is what this music we call jazz is all about. And, of course, it was everything that Don Pullen was all about, even when he was not playing a note. So to believe, we keep playing and keep listening to his music—a light burning on a lintel somewhere in the hope that he will see and come for a listen, like he did to me and Jane Bunnett on that cold Toronto evening not too long ago…

With deep gratitude to Don Pullen for the music…always. To Jane Bunnett, who relit a smoldering fire on a cold day in March 2008. To Rainer Seekamp, for always keeping a flame burning through www.donpullen.de and for opening so many doors, the widest one to Bradley Sroka, who gave me access to his brilliant and insightful thesis on Don Pullen’s music and also sharing so much of the music with me. (You’re a star in your own write, Brad). Also to Flavio Bonandrini at Black Saint, who provided me with an embarrassment of riches and so generously opened his Don Pullen archives to me, and to Fumi Tomita of ESP-Disk, who did the same and provided the rarest of rare gems, Giuseppi Logan Quartet. Finally and, as always, to Mike Ricci, John Kelman, Chris May and Samuel… always ever so close at All About Jazz.

Rainer Seekamp’s amazingly full and detailed Don Pullen discography can be found here—created with commendable depth and dedication. Here, however, are some of Pullen’s more important records:

Every effort has been made to trace the photographs used, but still not credited. I’ve just learned that some are by Michael Wilderman who wrote me recently directing me (and others who might be interested) to jazzvisionsphotos.com Other photographs by Rick McGinnis.