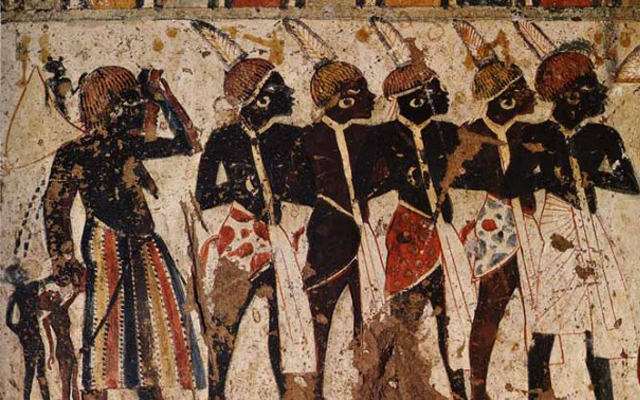 Chapter 11: Contribution of Ethiopia-Nubia and Egypt

Despite the general-sounding name of this chapter, it is mostly about how “the Greek miracle” – the sudden flowering of Greek civilization in the 500s BC – was no miracle at all. It only seems that way because we read history through a white lens.

The Ancient Greeks saw Ethiopia and Egypt as the birthplace of civilization. They saw themselves as merely building on the civilization they received from Egypt.

It was not even just a case of civilization starting in Egypt and slowly spreading round the Mediterranean: most of the top Greek minds went directly to Egypt itself to study, people like Solon, Thales, Plato, Lycurgus and Pythagoras. Later when Alexander conquered the known world, it was Egypt that became the centre of Greek thought and science.

We are taught to overlook the Egyptian roots of Greek civilization. So much so that the Greek achievement seems to come out of nowhere – thus the so-called “miracle”. We let the Greeks take credit for things they learned from Egypt. 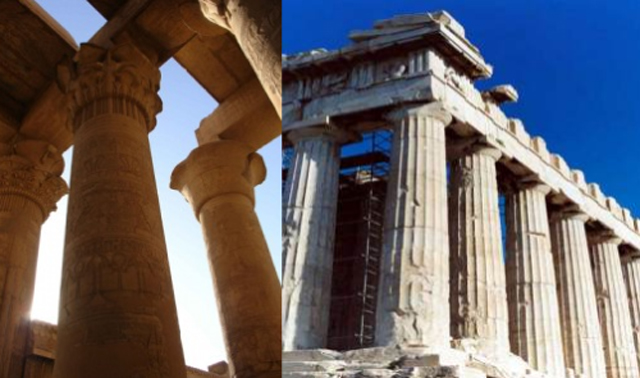 Why? Because the Greeks are unmistakably white. Reading history that way helps to make whites look that much better and people of colour that much worse.

To Diop this is one of the clearest proofs that white people deep down know that Egyptians are not truly white, certainly not “white enough” for their whitewashed histories.

One of the main Greek advances over Egyptian civilization was science in the way we understand it: a knowledge of the world independent of religion. But even that arose almost by accident: the Greeks who studied in Egypt would remember what they were taught but throw out most of the religious mumbo-jumbo that it came with.

Diop believes civilization arose along the Nile not because the people who lived there were somehow better than everyone else, but because of the special material circumstances there that favoured it.

Diop concludes the chapter with these words:

When we say that the ancestors of the Blacks, who today live mainly in Black Africa, were the first to invent mathematics, astronomy, the calendar, sciences in general, arts, religion, agriculture, social organization, medicine, writing, technique, architecture; that they were the first to erect buildings out of 6 million tons of stone (the Great Pyramid) as architects and engineers – not simply as unskilled laborers … we are merely expressing the plain, unvarnished truth that no one today can refute by arguments worthy of the name.

Consequently, the Black man must become able to restore the continuity of his national historic past, to draw from it the moral advantage needed to reconquer his place in the modern world, without falling into the excesses of a Nazism in reverse for, insofar as one can speak of a race, the civilization that is his might have been created by any other human race placed in so favorable and so unique a setting.

Chapter 12: Reply to a Critic

In this chapter Diop replies to a critic of his book “Nations negres et culture” (1954), from which come the first ten chapters of this book. The critic is Raymond Mauny, a French historian who taught at the Sorbonne and had a particular interest in West Africa. He has been to Senegal and seen and studied some of the very same things as Diop.

Diop says that it seems that Mauny did not read the whole book, since he asks questions that the book itself gives answers to. Further, Mauny talks about things that Diop said not in the book but in an interview, where one speaks less carefully. 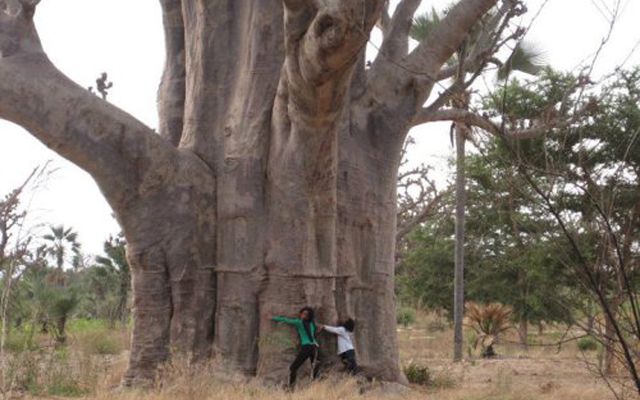 Mauny questions whether the drawings on baobab trees of Diourbel, Senegal were writing and not just pictures. Diop questions why Mauny did not ask anyone who lives there what the pictures meant in order to find out whether they were mere pictures or were some kind of writing. Instead of finding out, Mauny assumes.

When it comes to Egypt, Mauny does not take facts in their plain sense but tries to read them in a way that plays down Ancient Egypt’s blackness.

So,
when Herodotus says the Egyptians were melanochroes (“black-skinned”),
when American anthropologist Carleton Coon says most were brown-skinned,
when the Egyptians painted themselves with red-brown skin, the same colour you still see in the middle and south of Egypt – and even in Senegal, as Mauny well knows –
when the sort and amount of melanin found in the skin of Pharoahs is the same as those of black Africans

Mauny still concludes that most Egyptians were Mediterranean whites, twisting or overlooking the facts at each turn, even though they all point the other way.

A historian should find out the knowable facts and then make the best sense of them possible – and not force them to fit one’s own ideas about things. 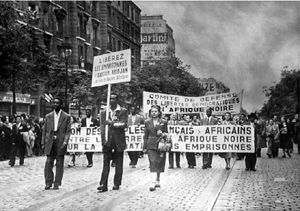 Yet this is just what Mauny accuses Diop of:

Written in Paris before 1955, it is necessarily a militant book, impregnated with the spirit of those years of struggle, during which Africans, especially students exiled in Paris in the midst of the colonizing people, were frustrated about their national history, and were preparing the paths of independence by exalting Negritude; sometimes – and this is normal – at the price perhaps unconsciously twisting impartiality and scientific truth. They recognized only that which provided arguments for their thesis, their cause.

Chapter 13: Early History of Humanity: Evolution of the Black World

Based on what was known in 1964, Diop said that Homo sapiens came from Africa, that they were black at first and for a long time afterwards and spread across the earth as black people.

So there were black people not just in Africa, but in France and Siberia and everywhere in between. It was black people, for example, who took the place of the Neanderthals in Europe. It was only later that people became white or yellow.

On top of that the art all over the world in those days showed big-bottom women. Even in Siberia! Some white scientists said this was just a worldwide fertility cult that had nothing to do with the way women looked back then.

White people, who first appear as Cro-Magnons, came later and are only found in and near Europe. In effect that makes white people a light-skinned branch of the black race.

Some white scientists in his day disagreed with this picture of early man. They found different ways to deny that the first men were black:

Overlooking or twisting facts or picking on little things, trying to avoid the plain conclusion.

Putting faith in missing facts: They simply could not believe that the white race only went back 40,000 years, they thought the differences between blacks and whites were much more profound than that and therefore said that in time far older remains of white people would be found.

The “true Negro” trick: only black people in one part of the Africa are the “true Negroes”. It turns out to be the part with the wettest ground and the worst fossil record. That means that people who live in other parts of Africa, like Kenya or South Africa, which have wonderful fossil records, are not true Negroes. Therefore Negroes are merely a branch, not the root of mankind!

Diop asks: What if an African ethnologist were to persist in recognizing as white only the blond, blue-eyed Scandinavians, and systematically refused membership to the remaining Europeans, and Mediterraneans, in particular the French, Italians, Greek, Spanish, and Portuguese?

This sort of thing is still going on in our time even though the facts are far more solidly behind Diop than ever:

White people draw genetic family trees of mankind where Africa is a branch off to the side, not the root – a root which remains unnamed.

The Bushmen of the Kalahari Desert, who seem to be genetically the closest to the root of mankind, are no longer black but some other race, like Capoid.