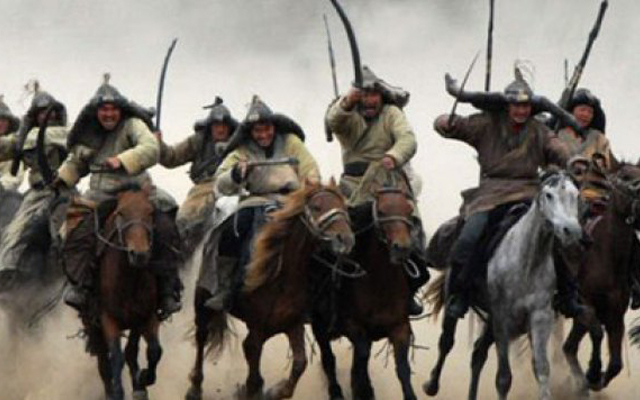 Diop, writing in the early 1950s, said that Egyptian civilization did not come from Asia:

There is no solid proof of any advanced civilization in Asia old enough to account for the rise of Egyptian civilization.

Astronomical calculations put the rise of Mesopotamia in the -2500s. That is 600 years after Egypt.

Yet in Diop’s time it was widely believed that Egypt and Mesopotamia arose at the same time. Why? Georges Contenau, a French archaeologist at the Louvre, put it this way:
It is difficult to explain how Egyptian civilization, which Egyptologists, in the most moderate estimates, start around 3100 BC, could have preceded Mesopotamian history by 600 years.

In other words, the Asian origin was assumed rather than proved.

Millions were spent in trying to find the birth of civilization in Asia. Ancient remains in tombs were called “kings” when they may have been merely town headmen or even human sacrifices. Nothing was found that even begins to approach the scale of what Egypt had at the time – like, say, pyramids.

And if by “Asian origin” one means white, it becomes even more improbable: before -1500 the people in the region stretching from North Africa through the Middle East to India were largely black or part black. They were not nearly as light-skinned or white looking as they are today. The region had not yet gone through thousands of years of white-skinned barbarians coming down from the north in wave after wave. 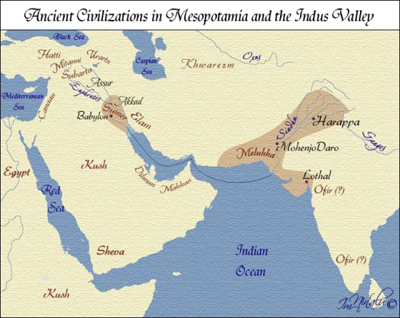 Carthage, Egypt, Phoenicia, Elam and Indus were all black or part-black civilizations. You see it in their pictures and their skulls. You see it in the way the Greeks and Jews compare them or tie them to Ethiopians or Africans – which seems improbable to us today but apparently it did not seem so at the time.

The Bible, for example, says:
And the sons of Ham; Cush, and Mizraim, and Phut, and Canaan… And Cush begat Nimrod: he began to be a mighty one in the earth… And the beginning of his kingdom was Babel, and Erech, and Accad, and Calneh, in the land of Shinar.

Which sees the people of Egypt (Mizraim), Phoenicia (Canaan), Sudan (Cush) and Mesopotamia (Shinar) as being peopled by the sons of Ham (Ham means “black”), not by the sons of Shem (Semites) like the Jews themselves. Notice that it is the sons of Ham who founded the cities, like Babel – at a time when the Jews were still shepherds.

The Semites as we know them today, the Jews and Arabs, were created from a mix of civilized dark-skinned people from Africa and barbarian white-skinned West Eurasians. It is like what took place in India but instead of people being separated into lighter and darker-skinned castes, they became thoroughly mixed over time.

Diop says there is no proof from science, from physical anthropologists who measure skulls, that Egypt was mainly white at the time civilization arose there some 5,000 years ago.

The schoolbooks of his time, back the early 1950s, said that Egypt was a white civilization. They said it with such authority that one would naturally suppose that it must be backed by science. But it was nothing like that. It was just wishful thinking – which millions of schoolchildren have dutifully learned as fact.

This is how the minds of so many generations have been warped… It is an intellectual swindle.

Thus says Diop: If you look through the scientific literature there was no proof that Egypt was mostly white. That for two reasons:

Second, of the studies on skulls that have been carried out, none showed that Egypt was mostly white when civilization arose there. Instead they tend to show that a fourth to a third were clearly black while most other people were mixed with black.

Science has never been able to find a white Egypt. Instead it keeps finding the skulls of people who seem to be black from the “wrong” periods.

Some have made up for this lack of fact with half-baked reasoning. Like that the Sahara has cut off blacks from the rest of mankind so there is no way they could have given civilization to the world – completely overlooking the fact that it is the Nile itself that is the main way across the Sahara!

Or even worse, they start twisting the meanings of words. Diop says: Numerous authors circumvent the difficulty by speaking of Whites with red skin or Whites with black skin. This does not seem incongruous to them for, as soon as a race has created a civilization, there can be no more possibility of its being Black.

For example, one book on geography written for 13-year-old French schoolchildren said this:
A Black is distinguished less by the color of his skin (for there are Whites with black skin) than by his features: thick lips, flat nose, etc.

Another book speaks of “Whites with brown or red skin (Egyptians)”.

Diop concludes: Only by similar definitions has one been able to whiten the Egyptian race, and this is the clearest proof of its blackness.

Up to this point of the book Diop has been tearing down the idea that Ancient Egypt was somehow a white civilization. For the rest of the book he will try to show that it was black, looking at the arguments both for and against.