“Rock It” for Herbie Hancock in 1983, one of the first songs that helped hip-hop crossover to the mainstream. At this point, he could have moved to L.A. and cashed in, but he chose to stay in New York and later, New Jersey, and keep it real. In doing so, he displayed his very real commitment to the underground.

Orange Music, the studio Mr. Laswell moved to in 1998 after getting priced out of the rapidly-gentrifying Greenpoint, Brooklyn, has a storied history of its own. Reputedly built in the late 60s for Frankie Valli and the Four Seasons, it was originally called Vantone Studio. In the1970s, groups like Jethro Tull, Humble Pie, Brooklyn Bridge, and Carole King recorded there. In the 1980s, the studio was renamed Grand Slam Studios and hosted luminaries: Aerosmith and George Benson. 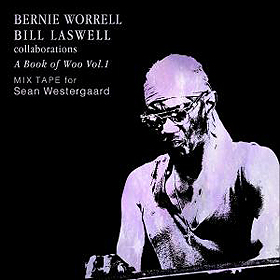 When Mr. Laswell took over the studio, he brought in an international cast of colourful characters, producing such artists as Tabla Beat Science, Sly & Robbie, Matisyahu, Bernie Worrell, and the inimitable Lee “Scratch” Perry.

As a maverick in his field, he has always supported other independent artists, who, like himself, are striving for something further, deeper, and truer. That’s why he allows other artists and independent labels to use the studio at rates that enable them to put out their art so they can make a living. But now comes a time for everyone who values this very art and a lot more to show how much they really care about it because, in truth, if Mr. Laswell cannot hold on to the Orange Music Studios, it’s anyone’s guess how long the art of so many great independent artists will survive. It will be the worst kind of capitalistic triumph.