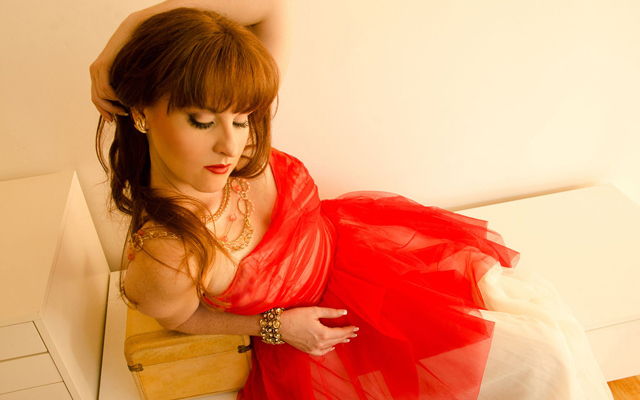 If Diana Panton could make an album like To Brazil With Love in English and French, it would seem that nothing could be out of character anymore. Not even a Christmas album, which to all intents and purposes seems to have been something Panton felt compelled to do not out of a sense of purpose herself, but more in line with what ‘all the listeners’ had been requesting of her for years. Once again the album was on the money. In August, 2011, Diana Panton returned to the studio with Don Thompson, Reg Schwager and Guido Basso to make Christmas Kiss. Once again Diana Panton hits all the perfect notes that you have come to expect of her. Her flawless interpretation of songs associated with Christmas is such that you listen with goose bumps, even as she sings something as common as ‘Silent Night’. One of the pitfalls of making an album with a seasonal theme is that you might not get it played outside of the season for which it was intended. However, as Guido Basso points out in his liner notes, this is an album that you can listen to even when it is not time for Christmas. The music sounds that superb. Like all of Panton’s work, this is an intimate recording in which you feel as if she is singing only to you. Also while there are many Christmas albums few, if any, can rival Panton’s expressive range or emotional intensity. No one, it seems, shows the same care over detail, her instrumental accompaniment perfectly balanced so that she and they can wring every ounce out of the lyrics to bring out the music’s soulful, expressive character. Just as she did with her Brasilian album, Diana Panton’s precision reveals intense beauty in Christmas songs. 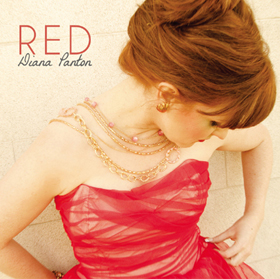 Next Diana Panton made Red an album in which she returns to the theme of ‘Love’. Only this time she cuddles the emotion as a grown woman. Listening to the album three years after it was made; you are immediately struck by the fact that Red is no second instalment of Pink. It is enterprisingly and imaginatively programmed to stand out on its own. In the performance itself, there’s the same familiar mix of virtuosity and refinement that marked out Pink. Panton embraces the full resources of her voice to recreate music of love for a modern age, so that in addition to enjoying the music on its own, as a performance of love songs, one can also react to its beauty because of how vitally alive her musicianship is. Once again, every aspect of the album has been meticulously worked out so much so that the work as a whole becomes a miniature symphony in scope, from its fervently enunciated first words sung to the orchestral richness of the music, each chart crafted by the incomparable Don Thompson. Once again, Diana Panton is not content simply to add ornamentation or change a dynamic; instead we get a sense of true development. This might sound contrived on paper, and could well have been in the hands of a lesser musician, but Panton is an artists of rare refinement, as she constantly demonstrates here. She pushes boundaries, yes, but never simply for effect. Just listen to what she does with ‘You’re My Thrill’ which suddenly sounds like no other version of itself. It shows in her sense of complete familiarity with the music, one that allows her tremendous freedom. Each piece offers fresh delights. Panton appears to be able to conjure up landscapes and narratives at will, always doing so vividly and intensely. The result is an album of astonishing and utter mesmerism. The triumph of this disc is not only that it makes you think ‘what a wonderful voice’, but ‘what wonderful music’. Once again you marvel at Panton’s invention and the luscious vocal quality that surrounds every song. 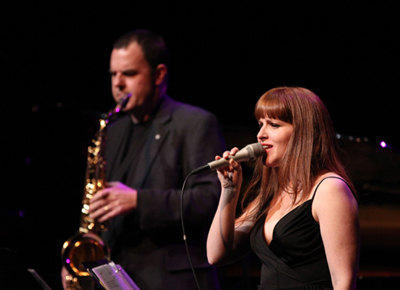 By now you are convinced that nothing is out of bounds for this extraordinary artist. Everything is on the table, but no sooner than you realize that, Panton pulls out another surprise. This time it is I Believe In Little Things, an album of beautifully crafted children’s songs. As usual, Panton has thought this one through making you feel as if no one else had ever done a children’s album before. And if you think that there’s some trickery afoot, perish the thought. The only thing that Panton does, which no one else seems capable of doing is to be her singular, pure self. That plus the fact that she has an absolutely gorgeous voice and can do no wrong. Not ever. If this joyously articulate and raptly communicative performance is anything to go by, it’s clear that the intervening years have only served to heighten and refine Panton’s responses to music, something that has become so personal to her. With immaculate technical address and ravishingly songful, mellow tone, Diana Panton strikes the right balance between childlike vocals and private introspection, this contribution to the children’s oeuvre as full of spontaneity and tumbling fantasy as one could ever wish. As usual, she is blessed with having such a scrupulously attentive partner as Don Thompson, who procures playing of the highest quality from himself, Reg Schwager as well as the celebrated Canadian cellist, Coenraad Bloemendal. The resulting music combines suppleness of purpose as Panton brings an unexaggerated depth of feeling, tenderness of expression and simple flow to fourteen songs that could easily appeal to the child in every one of us just as easily as it does to every child who listens to it. Song after song is breathtaking and causes the tingles to materialize bringing us to a wistful reminiscence that certainly distils the requisite lump-in-the-throat poignancy of children and music and the relationship that the two have since they listen to the heartbeat of their mothers, nestling in the warmth of the womb.

I’ve been able to wax lyrical about Diana Panton because I myself have fallen prey to the seductive charms of her music and the many intricacies with which they constantly assault the senses. I found myself inevitably struck by the charm and stylish teamwork that she seems to enjoy with Don Thompson and Reg Schwager, on whom the core of her music stands. I have been stuck also by the shimmering, mystical quality that is evocative of something other-worldly in Diana Panton’s music. But what is most striking about her work is the fact that there are few artists who celebrate music with such elemental joie de vivre. Few are more committed to the art of song than she is and in these respects, she is unique not only among Canadian artists, but wherever you find music in the world. Diana Panton is a true original, unlike any other singer who gives voice to the world of song.