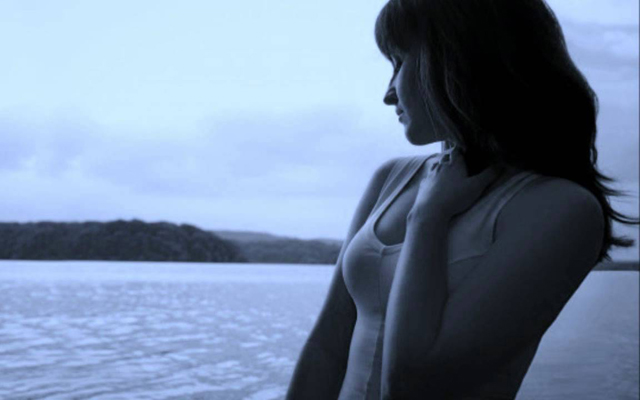 How she made her first album is now the stuff of which Diana Panton/Don Thompson folklore is made. Thompson told me how she showed up at his studio in the basement of his house armed with enough material to make at least three albums. The process of whittling them down to an album-sized set was driven by Panton’s desire to bring to the final recording the most considered list of music that she could possibly work with. Don’t get me wrong, Panton told me, I loved them all. But I had to be brutal, she continued, and in the end I had to fulfil my idea of what I wanted my first album to be. …yesterday perhaps is about an hour long and reminds me of the artist letting you into a secret world. If it is familiar, it is only because it is tinged with the same sadness that made generations cry before her. But Panton puts you in touch with your own feelings of sadness and of joy like few others have done – even when performing the same material. Panton is formidable throughout. She strikes us with her delicacy of tone often demonstrating how many more shades of quietness there are and here she impresses us with her considerable aplomb, not the least at the end of ‘Isn’t It A Lovely Day,’ a chart that seems to carry the record although the other material is dealt with in no different a manner. Panton also pins us to our seats with a new excitement that she draws from familiar words and sentiments. She often opts for slower tempi and longer, exaggerated articulation, which makes for a performance full of gravitas, tinged with a heady sense of momentum. All of this aside Diana Panton’s is a memorable interpretation. Always. She smoothly negotiates the works’ challenges without once compromising her lustrous tone. 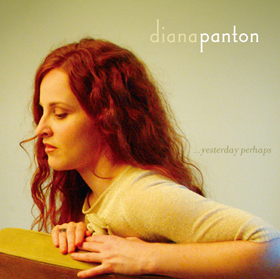 Proverbially, however, things always do get better for the perfectionist in Diana Panton. I am listening to her second album, If The Moon Turns Green. The sensitivity and tonal refinement is stunning. It would appear that Panton has been preparing for it all her life. The songs – all of them – have to do with the heavens. To sing them, Panton becomes a celestial being herself. She seems to caress the lyrics between her lips and her heart, nudging the rhythm towards the balletic. The set, eleven songs from ‘Destination Moon’ to an extraordinary version of Henry Mancini and Johnny Mercer’s ‘Moon River’ dazzle in their variety and originality of concept and execution. You cannot help thinking that this is how the music was meant to be played; how the lyrics were meant to be sung. You just cannot help it. Interpretation is everything, but there is a very special singularity and an abject ‘nakedness’ about the way Panton approaches the lyric, and it is this very way of inhabiting the elemental spirit of the song that sets her apart. You begin to question why no one ever saw it this way and you also begin to see her lineage that goes right back to the time when nuanced beauty with which Billie Holiday and Ella Fitzgerald described lived-experience. It comes down not just to articulation – although that is critical, and probably the main reason why Diana Panton is able to communicate so clearly – but to somehow always mining the essence of each word so that the heart and soul of its meaning is revealed.

This has always been the hallmark of Panton’s work. It is what makes her album Pink so poignant. On this disc, she tells the story of young love reaching into the recesses of every nuanced feeling and emotion. Suddenly, songs such as ‘My Ideal’ and ‘Hold Me Hold Me Hold Me’ take on an exciting new meaning, approached, as they are, with child-like candour and utter romanticism. From the very start of the performance, Panton launches into the theme and pursues a deliberate, rock-steady course that at first seems obsessively literal, yet the carefully built climaxes and increasing variety in character generate assiduous momentum. In this context the softness of the harmonies by her ensemble and particularly the inclusion of Guido Basso on cornet, flugelhorn and trumpet add so much character and emphasis to the music. Panton subjects the songs to long melodic lines with gratuitous taperings and ritards, which are mimicked by Don Thompson in the form of cascading right-hand runs at the piano and on the vibraphone, and with slurred glissandos by Reg Schwager. The overall effect is music that is meticulously executed, has an unusual lightness of texture and animated sweep. In terms of repertory and performance this disc is worth a lot more than just the Silver Disk Award it received from Japan. It is one of the most self-assured performances by any singer in recent memory who attempts to tackle a theme of love in all the complexities of emotion. Throughout Diana Panton is able to summon up the plaintive contralto-ish sonority and create the right atmosphere for love to blossom as it were, raising the level of her game to even greater heights just when you thought things could not be bettered. 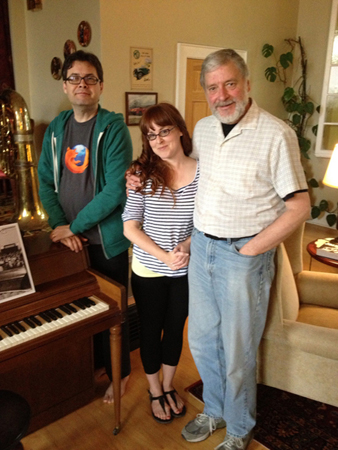 So it came as no shock to find that Diana Panton made her own Brasilian tribute with a twist. To Brazil With Love is as close to the shuffling rhythm of Bossa Nova. It is a Carioca record. The twist, however, is that it is sung entirely without a Portuguese word escaping from her lips. Panton tells me that she did not want to make a record with her ever attempting to sing phonetically. At the core of the album is a ‘Brasilian’ sensibility and if you closed your eyes you could swear that this album was being made by a Brasilian, only sung in English – and French as well, of course. Panton could not do anything that sounds even remotely artificial. But like a great actor getting into character, she inhabits the very personality of the songs and the characters they portray. Jobim is still Jobim – Carioca to the core. There is something about this album that ought to be compared to the ones that Astrud Gilberto made when she was married to João Gilberto. And when this is done, I find that I favour To Brazil With Love a little more than I do Gilberto’s work. Panton, for instance imbues more meaning and emotion into the lyrics. The album makes a proverbial doffing of the hat to Gene Lees, one of the greatest English lyricists to work with Jobim and Gilberto at the height of their powers and at the height of the Bossa Nova movement. Her ultimate tribute comes in the form of a song that Panton and Don Thompson wrote together. ‘Is It Really You’ is a work of the heart, sung by a singer of the heart. Warmth and charm are of the essence here and there is nothing more delicious than this chart. It is hard to believe that Panton does not see herself as a writer, as she told me when we met. This song tells quite another story as does this album, which made by any other artist would just not have sounded as good.