I am going to meet Diana Panton this afternoon. It is the second of April. I have no script but I am not sure I need one. If I am to catch this girl who sounds like a seraph on record, then I must be ready to take flight and catch a thermal with her so I can fly on her wing. I had just listened to her album Red, played for me by Don Thompson, who knows her better than anyone I know, because he writes almost all of her charts. We meet at the hotel where she is staying, just around the corner from Toronto’s Jazz Bistro where the great Sheila Jordan is to perform. I cannot go to the performance, but I am sufficiently consoled that I am meeting one of Canada’s most prodigiously talented vocalists. Don Thompson – a man of few words – uses just one word to describe her. “Pure.” As usual he’s right on the money. There is something ineffably ‘pure’ about Diana Panton. I had no doubt about that when I listened to her voice on the repertoire on Red. I wait by the elevator and she pops out of its door, hand outstretched, and wearing a disarming smile. Then she speaks as she sings, with an exceptionally sweet and pure tone. 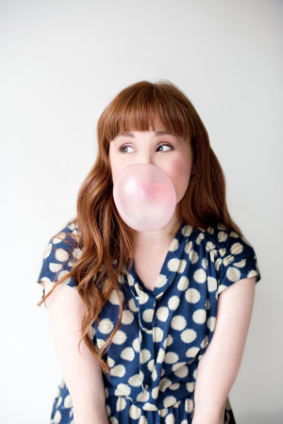 Almost immediately I begin to play back the music that I had heard not long ago in my head. And I flub my lines as I am immediately taken to that very special place of where her voice reigns supreme. I feel as if I am transported into another dimension and I have a feeling that I know why. Diana Panton reinvents vocal music, distilling its purest essence in revelatory performances of breathtaking beauty and incomparable power. Most striking, perhaps, is the unforced naturalness of her voice. Never waylaid by wealth of detail and opulent texture, the music’s melodic movement is given singularity of purpose. Everything flows with the inevitability of speech, precisely articulated, direct and unmistakably sincere. The soft vibrato at line’s-end is used with utmost tact; enveloping appropriate passages in a shimmering aura that serves to heighten contour and colour. At the root of each piece is infallible rhythm, from whence branch and flower lilting pulses and a living, breathing rubato. The songs come at me in wave after wave of music that seems to represent a hat-tip to classical arias – their emotional ambiguity perched between whimsy and nostalgia. It’s hard not to fall prey to such seduction. I take deep breaths to steady myself as I am slightly giddy from this near-spiritual experience.

The lobby of the hotel is tiny and built with strange angles that suddenly lead into a café. There is no one there so we agree to move somewhere else. The restaurant is noisy. Ice cubes are clinking noisily as the glasses are swirled. Patrons poke at their food with squealing forks as knives attack whatever is left to be eaten. Plates clatter. The busboy is cleaning up, but we had been forewarned. The restaurant would close at four. I switch on my tiny recorder bumping up the volume so that it will catch every whispered word, every shy giggle. My questions melt away somewhere inside my head, which is, by now, echoing with her music. I do not realize just how distracted I am until I have this sudden feeling of being drawn into her aura. I must have asked from whence it all came because Diana Panton is telling me that she used to skip her way to school in Hamilton when she was young. She says that she was always struck by the beauty of nature around her – trees, flowers and butterflies. She tells me that she would make up songs as she gamboled along and they always had to do with her child’s eye of the world around her. Just like that, I ask? Just like that, she says, with a beatific smile. 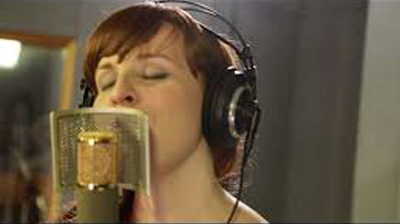 Diana Panton was born to sing. I am convinced of that as I listen to Red going back in time through her earlier albums one by one until I have reached the first one. I get a sense that she has perfect pitch, an idea that is immediately scotched. She says, if someone asked her to sing an A or an F she would not be able to do that. I think not but I keep my thoughts to myself. Perhaps that is not important to Panton’s world at all. She always seems to find the right note to describe an emotion. It seems that if she were asked to purse her lips and expel air with any degree of pressure and make the note that ensues smoothly slide down a semitone, then up again, she will almost immediately find the centre of the note and achieve the purest sound possible – not once or twice, but every time this is demanded of her. She lets out a tiny giggle as she tells me that she needed the gentlest of pushes to sign up for the music programme at The Banff Centre in Alberta. There she met Don Thompson – who had invited her there in the first place – and struck as he was by her musicianship when he first heard her in Hamilton, Ontario, he asked her to call him when she was ready to make a record. Not ‘if’ but ‘when’, Thompson told me with emphasis on the key operative word. She flew instead to Paris, France in order to fulfil a teaching assignment at L’Universite de Paris. Time passed slowly and although it took ten years, she called him unsure of whether he would remember her. The memory of her voice had already left a lasting impression on him because he not only remembered her, but was excited to work with her.