It may not be hyperbole after all, to suggest that not since composers such as Igor Stravinsky and Arnold Schoenberg, Anton Webern and Alban Berg has a composer swept us through terra incognita as the seemingly unstoppable Anthony Braxton. A proto pioneer with the Association of Advancement of Creative Music from Chicago, Mr Braxton’s powerful and all-encompassing artistic vision is so intensely significant that he seems not simply to have altered our sense of tonality, but all but shifted the veritable centre of gravity of the musical continuum. First Mr Braxton has been constantly redefining the conception of time; then, he turns his attention to the re-ordering the very energy and direction of melodic, harmonic and rhythmic propulsion [pillars hitherto taken for granted] and now the composer has broadened that already dynamic, seemingly parallax vision to encompass three – sometimes four – dimensions of musical constructs, and like Gérard Grisey, amplified the spectral nature of musical architecture with his “Ghost Trance” aspects of composition. The result may be experienced [for Mr Braxton’s music is not to be “heard” as much as it is to be “experienced”] on multiple levels because of the unique geometry and musical panoply that springs forth from compelling, forward-moving stratagems that revel in a myriad of colours and tone-textures.

Anthony Braxton did not get to where he is by demolishing musical tradition. However, re-definition [or re-interpretation] of tradition has been a major part of his endeavours. Tradition is a wonderful reality, he seems to suggest, but he also knows not understanding that the inner dynamic of tradition is always to innovate, is a prison. As a result, in composition and performance Anthony Braxton is sui generis. Mr Braxton has always been an instinctively radical composer. Since the beginning of his career he has not only changed his musical thinking, forcing his listeners to reconsider what tradition is, but he has also positioned himself in creative conflict with age-old protocols about how horn and string ensembles ought to work. By actively throwing overboard melodic, structural, and harmonic hooks that have become expressively blunted through years of overuse, he builds from what might – or might not – be left. We will have to wait a longer time to listen to how this has evolved in his magnum opus, the ever-expanding oeuvre of Trillium. However, Mr Braxton is not waiting – or filling out mind’s minds with further expectation. In 2021 he has given us another epic iteration of his music in the form of 12 Compositions [ZIM] 2017, a suite so large that it has had to be delivered in the form of a Blu-ray disc to accommodate all the twelve works that make up its vast landscape. 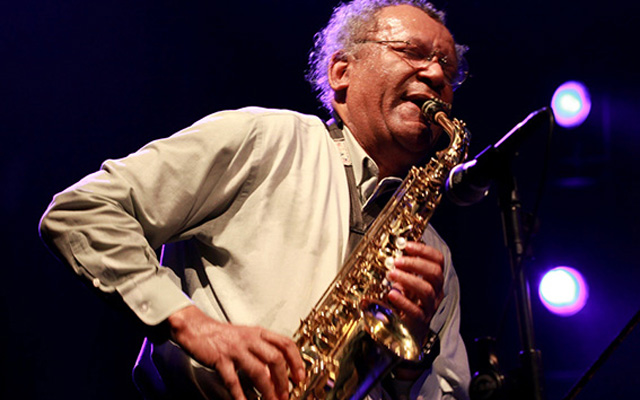 Mr Braxton’s scores for these 12 Compositions [ZIM] 2017 follow the unique pattern that he has fine tuned over years of deeply thoughtful focus. The architecture of the works is dramatic and accentuates the composer’s penchant for sculpting works that are both seemingly geometric and algebraic in nature. The former [geometric] aspect or character is evocative of discipline [rather than rigidity] and this suggests [metaphorical] use both the set square and the French curve thereby making for the fluidity of expression that ensues. Significantly, the music also seems to course its way on more than one planar surface with others being elegantly spectral. The latter [algebraic aspect or character] comes from a place that delights in the cryptological and the numerological. All of these individual aspects of Mr Braxton work appear to coalesce into a contiguous musicality that marries an expressive richness – the equal of the music of any great style and period – to a complexity that retains wonderfully coded secrets. Mr Braxton’s use of bright, alluring colours gives the notes wings and this facilitates their leaping and flying off the paper to engage melodically, harmonically, and rhythmically, while pirouetting in great parabolas, in the clear air in the room, now filled with wondrous sound.

Mr Braxton’s notes unfold like wittily composed clues meant as much to guide you through the epic labyrinth that is this suite works as they serve to also put a translucent shroud around the cryptology and numerology of them. However, he does reveal his purpose quite clearly – referring to his “[utilisation of] gradient logic strategies as an environment unto itself as well as for music design…” Shortly after he refers to “poetic exchanges, cartographic [location] exchanges and port-hole exit point for transportation…Gradient in this context involves the use of GRADIENT LOGIC recognition – that is to say you know you are in the eleventh house when gradient processes become the dominant factor of holistic qualities.” This last bit of the quote provides the broadest clue to the sound palette throughout. This focus on the proverbial “eleventh house” highlights not simply individual expression, but the strengthening of the compositions by virtue of the expression of each in the “collective strength” of various ensembles. Musical opportunities and possibilities made “mystically” available through these interactions enhance not simply the works themselves, but the very act of humanity exchanged by the music. In this regard Mr Braxton’s creative vision is highlighted. The simple act of employing this “gradient logic” to work toward our maximise the music establishes the power of collective creation, ignited by the creative sparks generated by Mr Braxton with the [various] groups – a sort of banding together to “create” so much more. 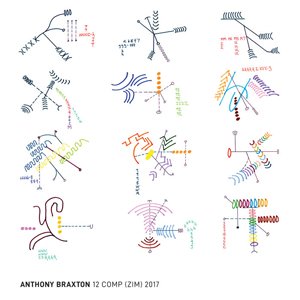 Each of the 12 Compositions [ZIM] 2017 is performed either by a sextet or septet and four of them are performed by a nonet. Mr Braxton [himself] leads while playing his proverbial, myriad of reed instruments from the high and lonesome registers of the sopranino to the growling depths of its contrabass counterpart. His own battery of reeds is bolstered at two extreme ends of the tonal spectrum by the radiance of Taylor Ho Bynum’s brass compendium at the upper end, and by Dan Peck’s growling tuba fanning the ensuing musical fire from the bottom end of the brass register. On “Composition 402” the sextet is completed with predictably unconventional use of strings redolent of a somewhat astral pizzicato of two harps, played by Jacqui Kerrod and Shelley Burgon and the meditative wanderings of a cello played con arco by Tomeka Reid. On “Composition 412”, Ms Reid’s cello is replaced by the wheezing of Adam Matlock’s accordion and aerophones. There are two iterations of the septet. Tomeka Reid’s cello returns to the ensemble on “Compositions 408 – 410”, but on “Compositions 418 – 420” SHE makes way for the violin of Jean Cook, which wails and soars, taking the music to a rarefied realm. Harpist Miriam Overlack also replaces Shelley Burgon on the latter-mentioned works. Mr Braxton, together with these ensembles produces some wonderfully unusual colouring, almost completely eschewing any solo pronouncements, relying instead on the expression of the musical – and therefore human – collective to create complex structures yielding a richness off musical incident that is both unsettling and exhilarating; starting somewhat thin, then eventually massive, sounds emerge from the opening silences.

The four works for nonet – “Compositions 413 – 416” – are veritable passacaglias in form and function. These compositions add to the ensemble Ingrid Laubrock who brings the woodwind colours and tone textures of her saxophones while trumpeter Stephanie Richards brings much richness to Taylor Ho Bynum’s sharp-edged brassy tones. The harpist, Brandee Younger [replaces both Shelley Burgon and Miriam Overlach] and joins Jacqui Kerrod in providing a kind of pizzicato interstellar conversation. Ms Reid’s cello returns to join in the elemental wheezing of Adam Matlock’s accordion and aerophones. The flighty sound of the flute is mystical on “Composition 413”. All of the works played by the nonet are a highly individual interpretation of the passacaglia form. Themes and modalities vary from radical sparseness to a form that born of constructs that contain and express music with a palpable, material density. There is also – especially in “Composition 420” [in fact throughout this ZIM suite – an impressive concentration on the quality of each note individually and collectively [by the various ensembles], of tonality that often defies gravitational forces and most of all of lofty, clear-eyed conceptual thinking – executed masterfully in performance which is contained in towering musical architecture. Taken together these works give a fascinating overview of Mr Braxton’s development of instrumental and orchestral conceptual ideas outside his magnum opus, Trillium. These are, in sum, marvellously well-judged performances led by one of the world’s great composer/musician, Anthony Braxton… and an altogether masterful achievement.