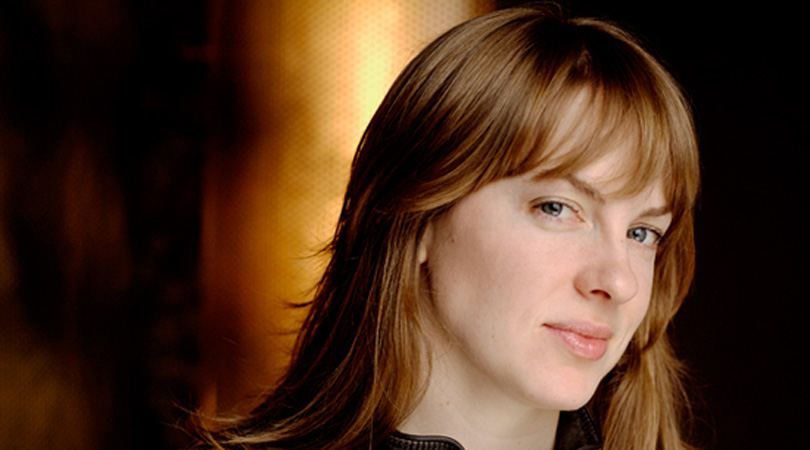 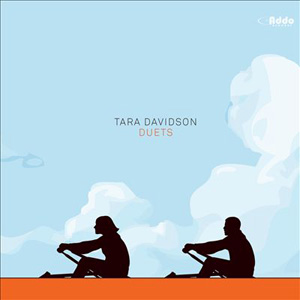 In the very best duets, there is intimacy and even a degree of secrecy. Two musicians are in such close proximity musically that there is barely enough space for the proverbial ray of sunlight and yet it is there—that ray of sunlight. The musicians move ever so close; their instruments and their music touching, intersecting and then drawing apart just far enough to let that sunlight in. Belabouring that point is meant to suggest the blinding light that breaks where Tara Davidson plays her Duets with musicians she loves. It suggests the blinding lightness of being in the intertwining of her alto and soprano saxophones with the tenor saxophones with Mike Murley and Trevor Hogg; the utterly heartwarming brightness of the piano of David Braid and Laila Biali as it flutters between the notes that Ms. Davidson plays on her woodwinds, the rumbling roar of bass and cello of Andrew Downing crackling spark of David Occhipinti’s guitar that lights up her now smoldering saxophones. And this is mostly Tara Davidson’s doing as she ignites the dialogue, inviting the other instrumentalist to do the same. Together the two create a roaring campfire for two seemingly waking up the crepuscular union.

If it has not already, this recording will garner enthusiastic reviews for their series of musical tête-à-têtes, which enterprisingly encompasses the warmth of duo music rather than mere casual conversations. These are soli that morph into duo performances. They have been well recorded with plenty of visceral and at times robust quality of their playing. For instance in the two parts of “Lele’s Tune” there is a raw feeling in the main body of the work—where the two musicians are on song—and that has a kind of no-nonsense appeal. If there is a sort yearning for more clarity in the individual lines this is conveyed wonderfully when each of the musicians lays back to allow the other space to announce a signature motif. “For Glenda” a distinctive portrait and “The Good Earth” sound brilliantly ruminative and hugely spontaneous respectively. “Kontrabas Semaisi” and “130 E, 39th St.” are mysterious and the performances capture the intrigue of the compositions with bustling energy in each finale. And particularly effective in the hands of the winds—Ms. Davidson with Mike Murley and Trevor Hogg—the tautness of intent is exquisitely expressed by pitting the higher register horns with the lower register ones and the sound of each is focused, tart and more precise.

Tara Davidson is still young and this bodes well for her unions with musicians in the near and far future. Her performances are truly impressive. The warmth of tone and total understanding of texture and timbre of both instruments that she plays is superlative. She is thus able to “paint” her music in a variety of colours this recording has its ethereal moments as well as some earthbound ones. All this is a result of the bristling ingenuity of its principal character in this musical tableaux, which gets more finely textured as the music progresses, especially in the duets with her strings partners; not that the piano and horn duets are not as finely hewn as the strings ones. It is just that the brilliant ray of sunshine is pronounced as strings part to reveal the singing horn of Ms. Davidson.

Tara Davidson is a JUNO Award nominated alto and soprano saxophonist who has performed around the world at such prestigious venues as New York City’s Carnegie Hall, the acclaimed North Sea Jazz Festival in the Netherlands, the International Jazz Festival in Lima, Peru, and The Kennedy Center, in Washington, D.C. Read more…