Home Made in Canada Myriad 3: The Where 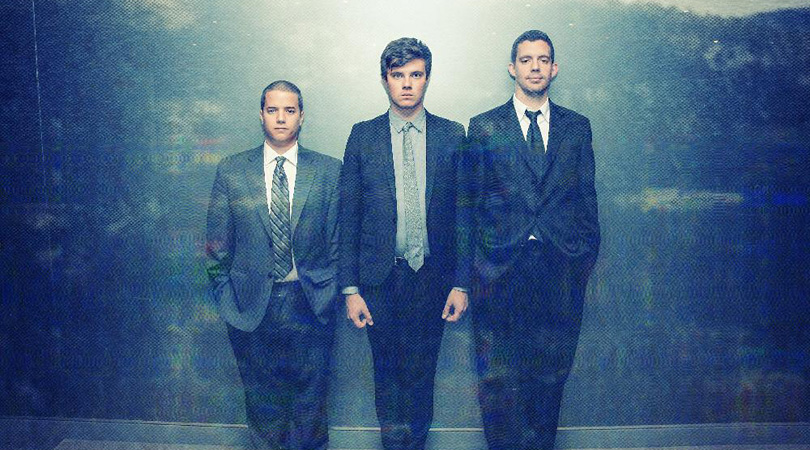 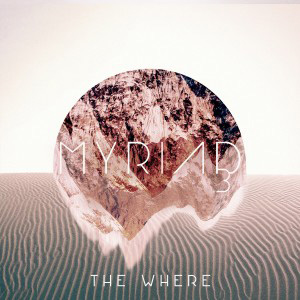 There are magical and twisted enigmatic conundrums in almost everything about Myriad 3 on The Where. Firstly their name: the contrary meaning of their name—not simply a myriad sounds from several instruments but a myriad ideas regardless of the different personalities that make up the group, all of this with just three members who make the delightful and musical noise. Then there is the cryptic nature of the titles of their songs, so far removed from the nature of the music that this too becomes a mysterious excursion in inventiveness, elasticity and music that, once again, moves in several directions in the course of any given song, which means the possibilities are limitless at any given point in the melodies, harmonies and rhythmic expeditions. This is a simply exquisite experience especially when the music morphs idiomatically slipping artfully as the stream of consciousness idiom was to writers such as James Joyce in Ulysses. Is it Chris Donnelly’s Irish-ness that has something to do with this maddeningly beautiful and the skittering modal manner in which the songs are guided? Probably not… All of these musicians are equally capable of an exquisite twisted-ness and they all seem to bring this musical personality to this recording, and to their first one as well, the equally epigrammatic Tell.

This sense of ideation might have worn thin over two albums, but the point is these musicians seem to have a bottomless store of ideas, that appear to flow once the music is counted off. This makes for a rare kind of excitement—the kind that comes only once and awhile when all of the forces of genius, creativity and ideation come together in a series of cataclysmic moments all strung together to make up the proceedings of an album of some one hour in length. Therein lies the suggestion that Myriad 3 might also be one of Toronto’s best kept secrets, something that is no longer so, of course as of 2013, when Tell was recorded. That and this album, The Where has revealed several things. Firstly that each of the three musicians are fine composers who first made their names as sessions men whose trenchant musicality was known all over Hogtown—bassist Dan Fortin’s probably in Montreal, Québec as well. While Chris Donnelly and Ernesto have declared their intent to bring their ingenuity to bear on every recording they have made as sessions players and in their own right as well. And this has stood them in very good stead as they approached these two group recordings.

The Where is characterised by its drama spread over what seem like ten sections of a dramatically laid out symphony featuring a micro-mini orchestra. The whole is a work of searing intensity that manages with remarkable skill—and little or no humility—to achieve a brilliant flash in the final of its 10 movements. The term “The Where,” like the song of the same name suggests a small symphonic fantasy that seems to come out of nowhere to function as a slow middle movement of this symphonic poem. There are no lyrics, but there very well could have been in which case there would have been an oratorio added to the instrumental music. At any rate, even without words, this is a sequence of musical sections that make up a symphonic whole in the grand manner with “Bebop Medley” as its centrepiece. Other songs of repute are “Undertow” where the ingenious Mr. Cervini surreptitiously creeps in on bass clarinet and “Little Lentil,” which also happens to be one of Mr. Cervini’s own quirky compositions. But each musician hold sway alone and together with virtuoso brilliance that makes both Tell and The Where a story of continuing intrigue and great expectations.

Track List: First Flight; Undertow; The Strong One; Bebop Medley; The Where; Little Lentil; Brown; For All the World; Der Trockner; Don’t You Think

Myriad3 was an accident. Chris, Dan, and Ernesto had never played together until a few substitutions and a twist of fate put them on stage together for the first time in late 2010. Since then, the trio has completed multiple tours of Canada, the US and Europe, including opening for Earth, Wind & Fire at the Ottawa Jazz Festival in 2014. Read more…