Home Made in Canada Elizabeth Shepherd: The Signal 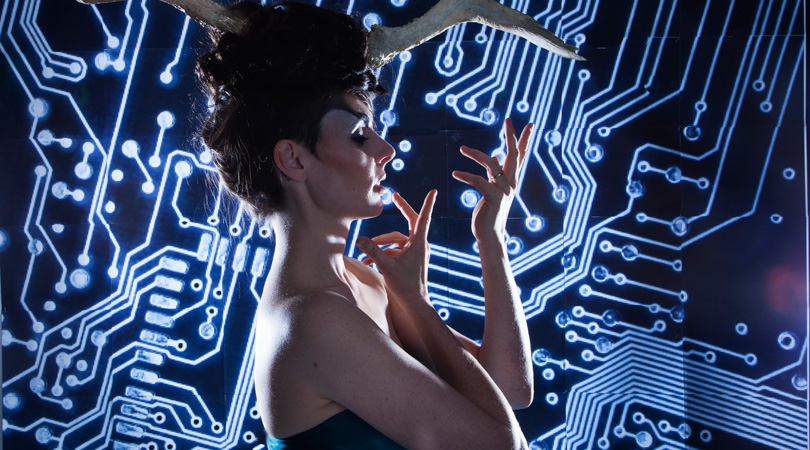 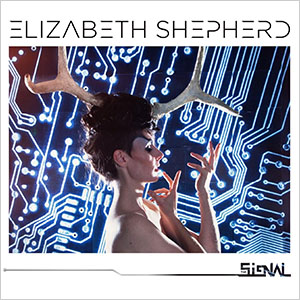 There is just a subtle hint of the attractive feminism of Elizabeth Shepherd in The Signal . The reason for this is her almost diffident sensuousness and this is no pretension, but a cool affecting beauty that informs her music. Ms. Shepherd is a singer of considerable talent. A superb lyricism drives her music. She lets words slide out of her pursing lips that are prompted from deep within her soul. Although she might use musical devices to propel her songs whose powerful words strike home like slender arrows let loose from the crossbow of the dulcet tone of voice, she is decisive in her writing, which reflects her womanly dedication to issues that ought to preoccupy all women. Yet her sexuality is not a weapon, but a persuasive force that she intends to drive with her songs. This is the hallmark of not just an isolating social consciousness, but the defining moments of artistry that goes far beyond mere vocalising and into an important aspect of her aesthetic. This is what are most beguiling and inviting about Ms. Shepherd’s music—that it is not merely beautiful songs with well-informed words, but with a piercing lyricism that defines artistry as it should exist today in any art. For instance how a poet does when he/she tackles burning issues that affect society, such as Nazim Hikmet’s did in his Moscow Symphony.

Ms. Shepherd’s are gorgeous songs… beautiful stories that seem to link one into the other, like a short film about the intersecting lives of all women and men, and the institutions that oppress them. The script is informed by an almost spectral terror that shakes the very foundations beliefs in the sanctity of harmonious society. The idealism is not clouded by institutionalised socialism, but informed by an imagined society where justice and equality would turn it into a beautiful and ideal place to live. This comes through in all of her work on this album. And not only that, this music/film is designed as if it were a thriller, full of intrigue and pursuit in that the excitement has to do with listening in wonder at the outcome of this focussed lyricism and musical adventure. This is almost a living, breathing and tactile adventure that moves like the moving pictures of a life that approaches the bustle of life from urbaneness that soon becomes impossible to ignore.

The moods of the music are nicely contrasted here with the opening sensuousness of “”Willow” that vibrates with the sensations of the body as much as it does the mind, and which leads eventually to “On Our Way” and “I Gave”. Along the way there is a firmness and resolve to make each song count as if it were a powerful aesthetic weapon from an artist who is both cerebral and fey in her art. There is almost a kind of sacredness in this recording and much of this has to do with Ms. Shepherd’s soft and transfiguring voice. The other part of this magnificence has to do with the exquisiteness and musicality of each and every one of her collaborators on this record. Even the sampling that Ms. Shepherd uses on her recording is far from being cheesy, but rather enhances the commitment of her artistry.

Velvety-voiced pianist Elizabeth Shepherd arrived on the international scene in 2006 when her debut album Start To Move was voted one of the top jazz albums of the year by the listeners of the influential Gilles Peterson Show on BBC Radio Worldwide. Since then, the Montreal-based soul-jazz innovator has established herself as one of the most alluring and imaginative artists on the scene today. Versed in equal parts Stevie Wonder, Salvation Army brass bands and classical sonatas, it is perhaps no surprise that this globetrotting talent has developed such a distinct and unique voice. Read more…