Home Made in Canada Amanda Tosoff – Live at the Cellar 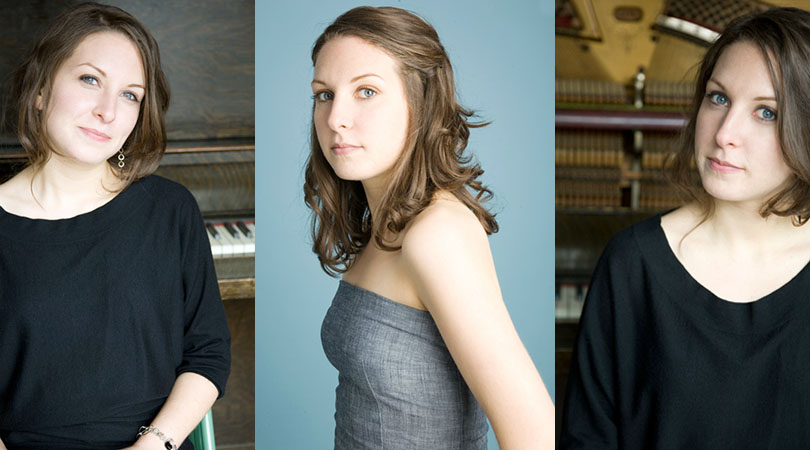 Amanda Tosoff is one of the finest young pianists in Canada. Her pianism is informed with exquisite technique, lissom expression that comes from being delicate and attractively feminine so much so that her playing is almost sensual. She can also make a bad piano sound good because her fingers are controlled as if apart from the rest of her body; seemingly all nerve endings, but attached to her soul instead of the brain. Her dynamics are flawless; informed by subtle nuance and even more delicate gesture. It is almost de rigueur, then, that her lines are comprised by long and animated phrases that are strung into what can only be described by rococo-like necklaces that appear out of nowhere to form dramatic ellipses. Yet Ms. Tosoff seems so completely poised and in control it is the nearest thing that comes from being a music intellect born to play the piano. The most accurate description of Ms. Tosoff is that she is made almost completely of music. 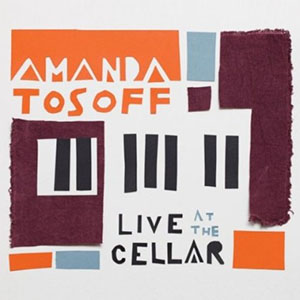 It is often said of the jazz that it is best experienced live, for that is where the most edgy innovation and creative improvisation takes place. Also the excitement of witnessing every nuanced gesture and expression is über ales. This recording Live at the Cellar provides ample evidence of this fact. It is not that audience expressions are heard throughout—that would be something of a travesty—but it is that this trio is on song. Ms. Tosoff holds sway with her marvelous playing from the lilting introduction to “Fill Me Up With Joy” and her outstanding interpretation of Rogers and Hart’s “There Is A Small Hotel” from the films Billy Rose’s Jumbo (1935), On Your Toes (1936) and in the film, Pal Joey in a version made famous by Frank Sinatra with Nelson Riddle. Ms. Tosoff’s version is not only instrumental, but also rhythmically altered with dramatic effect; but it remains one that is also suitably romantic. It is also here that bassist Jody Proznick shows off her exquisite harmonic capabilities her contrapuntal turn; her choice of notes and the manner in which she plays them: dallying over some and skittering over others with remarkable joyfulness. Lest it remain unsaid, Jessie Cahill is also superb here, moving with a certain suaveness from inventive rhythmic figures to solid time-keeping—especially in the build-up to and then the ensuing solo by Ms. Proznick, and his own solo, which is altogether beautiful.

It seems that this trio also knows the most about Ms. Tosoff’s compositions, which are wonderfully inventive, enriched by a complexity that is completely arresting. This is a gift as Ms. Tosoff displays a deep and profound understanding of texture and timbre of piano, bass and drums. If it were possible to extrapolate from piano, it might be possible hear the results of this extraordinary gifted composer’s ability to also write for horns. This is exemplified by her work on Still Life an album which music may be best described as being as ornate as silken lace. The same could be said of Ms. Tosoff’s wonderful album Looking North, which features her exquisite writing for woodwinds and brass. Some of these textures may also be determined on the chart entitled “Changes” and the Cole Porter standard, “When Love Comes Your Way”. This also gives credence to the idea that Ms. Tosoff is also arrestingly feminine and sensual and this puts her in a category apart from other women instrumentalists who often sound sinewy, which is also not a bad thing. But it does set Amanda apart from the rest of the field. As a composer, Ms. Tosoff also displays a flair for the dramatic. This can only come from being well-read and, more importantly well-bred as well. She has similar qualities to pianists such as Walter Norris, Chick Corea and Herbie Hancock who has the technique informed by a love for the instrument that only pianists bred on Chopin have.

There is much that is expected of Amanda Tosoff, who has many wonderful years ahead of her. It is with great and almost frightening expectation that the world awaits what more she can achieve with small and ultimately larger ensembles.

Track Listing: Fill Me Up With Joy; There’s A Small Hotel; Changes; When Love Comes Your Way; You; Half Steps; Room With A View; Akimota; Water Song.