Home Imperatives The World’s Best Cities For Jazz
Maybe more than any other kind of music, jazz requires a scene. Or at least, it’s better with one. You can’t just go to any old concert venue or theatre and expect to get into a jazz performance the same way you would at a club specifically devoted to the genre. A good jazz club can almost take you out of your reality and sweep you up in music and feeling. It might sound a little cheesy to say it, but jazz lovers will understand.

Going beyond clubs, there are certain entire cities that are known for jazz, or at least for having a great selection of venues. Going out in one of these cities, you can be surrounded by people who know and love the art, and you can get a taste for a variety of performances in a variety of clubs. For a true jazz fan, there’s just nothing better. For that reason, we wanted to put together a list of some of the world’s best cities for jazz.

Paris actually has a better reputation for jazz than a lot of people might necessarily recognize. This is probably in part because the city is simply known for so many other things: art, excellent food, a general feeling of romance, etc. Nevertheless, Paris was in some ways the international capital of the so-called Jazz Age in the early-20th century, even if many of the figures who dominated the times were American. To this day, the city has retained an excellent jazz culture. In fact, both New Morning and Autour de Midi…et Minuit made it onto a 2017 list of the best jazz clubs in Europe, which tells you a lot. It’s hard to find better quality establishments on the continent, or for that matter in the rest of the world. 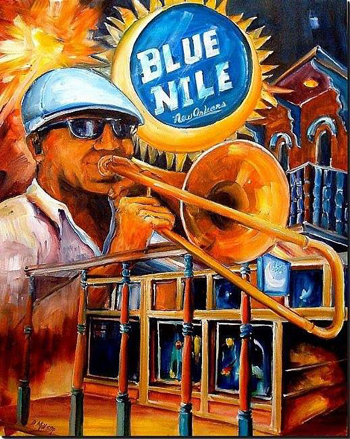 New Orleans is probably the most famous jazz city in the world, and in fact is sometimes referred to as the birthplace of the genre. Nowadays, its reputation has even gone so far as to inspire a jazzy video game online. The Big Easy slot reel by IGT takes a would-be traditional arcade slot gaming experience and infuses it with graphics, icons, and musical riffs typical of the city’s iconic jazz scene. It speaks to just how deep the connection between the city and the genre really is. When you’re actually in New Orleans, you might want to just take a what’s-on approach – as in, ask around and do some research to see what bands or artists might be playing and where. In general though, clubs like Spotted Cat, Blue Nile, and Preservation Hall are worth seeking out. They’re world famous among jazz fans.

It almost feels like cheating to put New York City on this list, because it could make a similar list for just about any major genre of music. Say what you might about the crowds, the air quality, and the traffic jams – New York is still about as culturally vibrant a city as you can find in the world, so long as you know where to go. For jazz fans, there isn’t one club or neighbourhood that stands out. Rather, there are clubs dotted all over the city (and the borough of Manhattan in particular). You can find a little hole in the wall known for legendary acts if you like, or visit somewhere more upscale and modern. But wherever you go, you’ll find wonderful jazz and a crowd that knows what it’s there for.

Cape Town isn’t quite on the level of some of these other cities when we talk about jazz history or the prevalence of clubs. However, it has put itself on the map largely by hosting one of the world’s best jazz festivals. This March will mark the 19th edition of the Cape Town International Jazz Festival, which calls itself Africa’s grandest gathering. Even cooler is that the festival doesn’t just feature the most famous acts in the world, but rather combines African artists and others from around the world to give spectators a terrific variety of music. Aside from hitting a club on the perfect night for a memorable performance – which is entirely lucky but generally the best way to experience jazz – there’s not a much better way (or place) to do it.