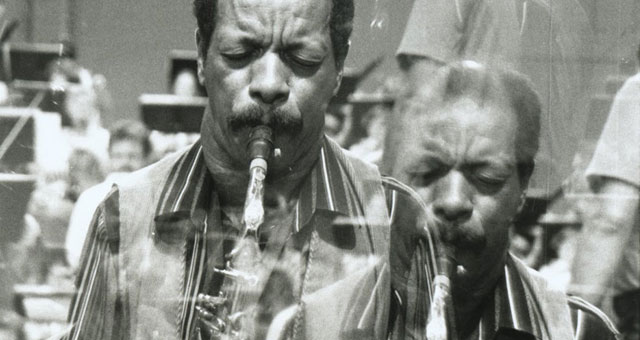 The memory is vivid. I was in Stockholm and my father knew I wanted to be a musician, but more than anything else that I had a deep love for jazz. I had not been given a birthday gift for my last birthday so he figured that this would be a good (belated) birthday gift. He went out and bought me two things as to compensate for forgetting my birthday while he was studying in München, where he lived at the time. The first was a copy of an early album that Ornette Coleman made in 1959 called Free Jazz. The other was a chance to go listen to him at The Golden Circle. The latter gift involved a risk and that was that I might be turned away from the venue as I was too young to be there. But after a call to his friend my father announced that I could come. And so we went. 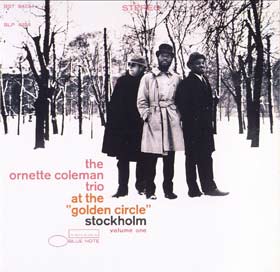 It was a particularly cold winter in Stockholm in 1965. I was bundled up. You could barely see my eyes. My face was covered with a thick woollen muffler that my Grandma had knitted for me. We reached The Golden Circle club and my father swept me in his arms, so as not to attract too much attention. I was embarrassed as I was already ten years old. But I remembered my father’s warning that we might be turned away because I was still too young. I suppose he decided that he was going to pretend that I was too young to be left alone at home. He whispered a something to the big Swede at the door and the next thing I knew was that I was in the club, seated quite close to the stage. My father had a way with people and he made sure through a friend’s friend that we would secure a place close enough to see the musicians. But he had a scowl on his face when he heard that there was going to be no pianist at the performance. He was disappointed I suppose because he wanted me to see how jazz pianists improvised. Still he was soon back to his happy self. A man introduced Ornette Coleman and his band.

Then Ornette Coleman started to play.

I will never forget hearing that sharp tone from that bright white saxophone that day. I pierced not only my ears, but my heart as well. He played fast and with fire like Charlie Parker. I heard minor chords in there, but that was All I could figure out. I did not really understand what he was doing and my father had to explain later that this was the shape of music to come. I did not know what he was talking about. I had just grown to understand what bebop was and was still developing a taste for it. But I remember having what I now know to be an epiphany at that concert. This guy, I thought to myself, sounds as if he were speaking like Charlie Parker, whose records I knew quite well. But Ornette Coleman was different too. He sounded rough and as my father put it, “…a sound like sandpaper,” “But listen to how he sounds”, he told me later. “Besides after you’ve sandpapered a surface, it becomes smooth”, my father said rather too enigmatically for me then. But he continued, “Blow away the dust and you see the grain of the wood. That’s what matters… then you polish it…” he added. It was all too much for me. But I knew immediately that I was on to something and I wanted more. 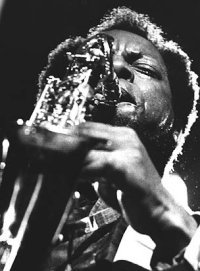 After the concert my father went up to shake Ornette Coleman’s hand. I was standing by his side when he finally got a chance to tell Ornette Coleman how much he had enjoyed the concert and how he understood what Mr. Coleman was trying to do with his music. “Bring back the blues”, my father said to Mr. Coleman. Ornette Coleman said, “Really? Not many people understand”. And he thanked my father for saying what he did. Then he looked down at me and he said. “Did you understand too?” And he laughed; not a mocking laugh, but a rather kind laugh. I felt that he liked me. Then he asked me what I did at school and I said rather shyly, “I am learning to play the piano.” Then he tousled my hair and said, “Learn this too… Be great.” He shook my hand bowed slightly to my father and was gone.

I never saw Ornette Coleman again until 1985, when I was in the USA. A friend, Ronald Brown, who just happened to be a student of Sonny Rollins and a friend of Milt Jackson’s took me to a club in Georgetown, Va. There we heard Ornette Coleman, but he played his gig and was gone before we had a chance to meet him. I was sorry that I could not see him again. I was eager to tell him about that concert in Sweden. Besides I had a lot more of his music in my collection now and I wanted to show him how much more I had begun to appreciate what he was trying to do. Then I remembered something I read that Thelonious Monk once said and it went something like this: play yourself and let the public catch up. And I realised that what was true of Thelonious Monk was also true about Ornette Coleman. And the public is still catching up, to get hip to his music…