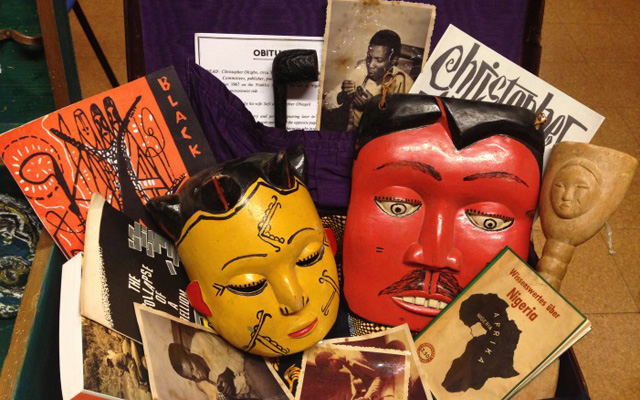 1967: the start of the civil war in Nigeria, a young man, Christopher Okigbo, died on the battle field. He left a slim collection of 72 pages of poetry; an exacting, burning and truthful work from beginning to end. Prophetic and visionary, his words were first heard by his equals. An outstanding personality, Christopher Okigbo tells everyone not to be confined by their cultural, political, artistic, creative and humane limits. Today there are a large number of intellectuals who recognise, in the prematurely deceased young Ibo, one of the founding figures in the development of modern literature in Africa. 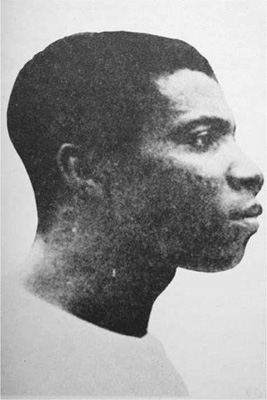 Okigbo studied at the Catholic school of Umulobia and began his secondary studies in the State College of Umuahia in 1945. He was subsequently admitted to the University of Ibadan, like other major writers such as Wole Soyinka, Elechi Amadi, John Pepper Clark and Kole Omotso. He was destined for a medical career, but he soon changed to studying Greek and Latin. Editor-in-Chief of the University Weekly, he translated Greek and Latin authors. He graduated in 1956 before teaching, notably in the University of Nigeria, where he also held the office of librarian.

Christopher Okigbo’s first poems were published in Horn, the student literary journal where J.P. Clark was Editor-in-Chief. However, it was the publication of his verses in the “Black Orpheus” magazine in 1962, which gained him his first recognition. In the same year he also published a collection entitled Heavensgate and a long poem in “Transition”, the Ugandan magazine published in Kampala.

Heavensgate marked his return to his sources and a deeply-felt personal rebirth with the mother-goddess. His maternal grandfather Ijejiofor of the Oto family has always provided the priesthood to the shrine of the deity Idoto. The Nigerian artist shared with T.S. Eliot the vision of a spiritual quest, which led the poet to classical myths and pointed him towards his spiritual identity. Christopher Okigbo wrote in a melodic mode, using repetitions, rhythms of incantation, and words, as if listening to and interpreting far-off sounds. Of the four elements, he chose water, the domain of the Goddess Idoto.

BEFORE YOU, mother Idoto,
Naked I stand;
Before your watery presence,
A prodigal
Lost in your legend …

Endowed with a strange charm, an apparently fragile physique and a lively and penetrating spirit, coupled with a formidable intelligence, he managed to attract the coveted Igbirra princess Judith Sefi Attah *, daughter of the one of the most powerful monarchs in the period of Northern Nigeria; the Attah of Igbirraland. She was probably the only woman to understand his quixotic personality. From this exceptional union, their only daughter, Obiageli Ibrahimat Okigbo, was born in 1964. 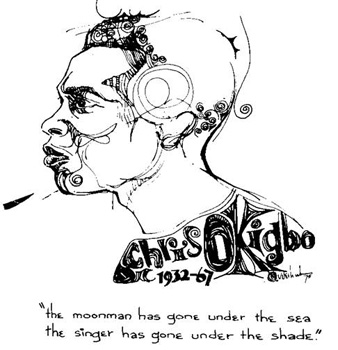 Eclectic and adventurous, his career led him into the world of business (time spent with the Nigerian Tobacco Company and the United African Company), into politics (Personal Assistant to the Minister of Information in Lagos), and into the publishing sphere (manager of the Cambridge University Press for West Africa). Nevertheless, it was poetry which occupied the major place in his life. A vocation which he never shed: