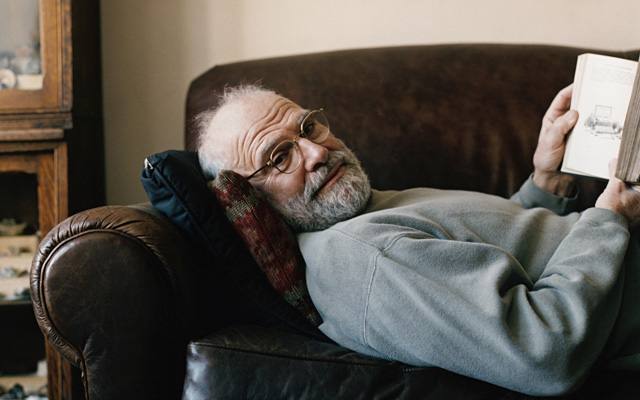 It will soon be one year since he died. In a remarkable piece written less than three months before he passed, knowing full well that he was going to die, though not when, Oliver Sacks wrote this remarkable piece for The New York Times. It was also published in a slim volume of essays, Gratitude after he died.

My Own Life: Oliver Sacks on Learning He Has Terminal Cancer (February 15, 2015)

A month ago, I felt that I was in good health, even robust health. At 81, I still swim a mile a day. But my luck has run out — a few weeks ago I learned that I have multiple metastases in the liver. Nine years ago it was discovered that I had a rare tumor of the eye, an ocular melanoma. The radiation and lasering to remove the tumor ultimately left me blind in that eye. But though ocular melanomas metastasize in perhaps 50 percent of cases, given the particulars of my own case, the likelihood was much smaller. I am among the unlucky ones.

I feel grateful that I have been granted nine years of good health and productivity since the original diagnosis, but now I am face to face with dying. The cancer occupies a third of my liver, and though its advance may be slowed, this particular sort of cancer cannot be halted. 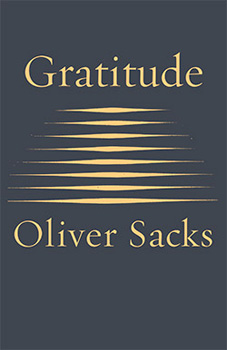 It is up to me now to choose how to live out the months that remain to me. I have to live in the richest, deepest, most productive way I can. In this I am encouraged by the words of one of my favorite philosophers, David Hume, who, upon learning that he was mortally ill at age 65, wrote a short autobiography in a single day in April of 1776. He titled it “My Own Life.”

“I now reckon upon a speedy dissolution,” he wrote. “I have suffered very little pain from my disorder; and what is more strange, have, notwithstanding the great decline of my person, never suffered a moment’s abatement of my spirits. I possess the same ardour as ever in study, and the same gaiety in company.”

I have been lucky enough to live past 80, and the 15 years allotted to me beyond Hume’s three score and five have been equally rich in work and love. In that time, I have published five books and completed an autobiography (rather longer than Hume’s few pages) to be published this spring; I have several other books nearly finished.

Hume continued, “I am … a man of mild dispositions, of command of temper, of an open, social, and cheerful humour, capable of attachment, but little susceptible of enmity, and of great moderation in all my passions.”

Here I depart from Hume. While I have enjoyed loving relationships and friendships and have no real enmities, I cannot say (nor would anyone who knows me say) that I am a man of mild dispositions. On the contrary, I am a man of vehement disposition, with violent enthusiasms, and extreme immoderation in all my passions.

And yet, one line from Hume’s essay strikes me as especially true: “It is difficult,” he wrote, “to be more detached from life than I am at present.”

Over the last few days, I have been able to see my life as from a great altitude, as a sort of landscape, and with a deepening sense of the connection of all its parts. This does not mean I am finished with life.

On the contrary, I feel intensely alive, and I want and hope in the time that remains to deepen my friendships, to say farewell to those I love, to write more, to travel if I have the strength, to achieve new levels of understanding and insight. 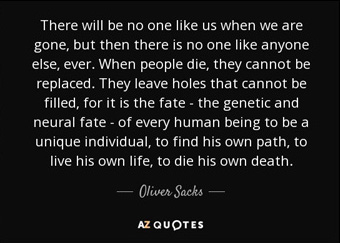 This will involve audacity, clarity and plain speaking; trying to straighten my accounts with the world. But there will be time, too, for some fun (and even some silliness, as well).
I feel a sudden clear focus and perspective. There is no time for anything inessential. I must focus on myself, my work and my friends. I shall no longer look at “NewsHour” every night. I shall no longer pay any attention to politics or arguments about global warming.

This is not indifference but detachment — I still care deeply about the Middle East, about global warming, about growing inequality, but these are no longer my business; they belong to the future. I rejoice when I meet gifted young people — even the one who biopsied and diagnosed my metastases. I feel the future is in good hands.

I have been increasingly conscious, for the last 10 years or so, of deaths among my contemporaries. My generation is on the way out, and each death I have felt as an abruption, a tearing away of part of myself. There will be no one like us when we are gone, but then there is no one like anyone else, ever. When people die, they cannot be replaced. They leave holes that cannot be filled, for it is the fate — the genetic and neural fate — of every human being to be a unique individual, to find his own path, to live his own life, to die his own death.

I cannot pretend I am without fear. But my predominant feeling is one of gratitude. I have loved and been loved; I have been given much and I have given something in return; I have read and traveled and thought and written. I have had an intercourse with the world, the special intercourse of writers and readers.

Above all, I have been a sentient being, a thinking animal, on this beautiful planet, and that in itself has been an enormous privilege and adventure.

Correction: February 26, 2015
Because of an editing error, Oliver Sacks’s Op-Ed essay last Thursday misstated the proportion of cases in which the rare eye cancer he has — ocular melanoma — metastasizes. It is around 50 percent, not 2 percent, or “only in very rare cases.” When Dr. Sacks wrote, “I am among the unlucky 2 percent,” he was referring to the particulars of his case. (The likelihood of the cancer’s metastasizing is based on factors like the size and molecular features of the tumor, the patient’s age and the amount of time since the original diagnosis.)

Oliver Sacks, a professor of neurology at the New York University School of Medicine, is the author of many books, including “Awakenings” and “The Man Who Mistook His Wife for a Hat.”