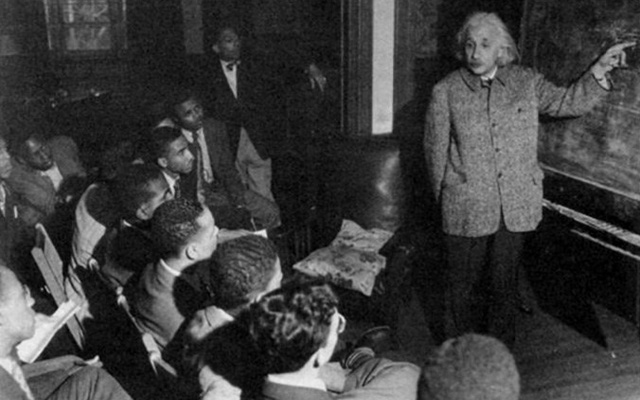 Albert Einstein’s Essay on Racial Bias in 1946. In the years after World War II, Albert Einstein took up the mantle of confronting racism in America. He became a good friend and comrade of the prominent opera singer Paul Robeson, co-chaired an anti-lynching campaign, and was an outspoken supporter of W.E.B. Du Bois. But, it was in January 1946, that he penned one of his most articulate and eloquent essays advocating for the civil rights of black people in America. And, as described in Einstein on Race and Racism, the iconic physicist equated the ghettoization of Jews in Germany and segregation in America, calling racism America’s “worst disease.” Originally published in the January 1946 issue of Pageant magazine, Albert Einstein’s essay was intended to address a primarily white readership:

I am writing as one who has lived among you in America only a little more than ten years, and I am writing seriously and warningly. Many readers may ask: “What right has he to speak about things which concern us alone, and which no newcomer should touch?” 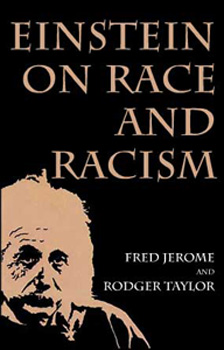 I do not think such a standpoint is justified. One who has grown up in an environment takes much for granted. On the other hand, one who has come to this country as a mature person may have a keen eye for everything peculiar and characteristic. I believe he should speak out freely on what he sees and feels, for by so doing he may perhaps prove himself useful.

What soon makes the new arrival devoted to this country is the democratic trait among the people. I am not thinking here so much of the democratic political constitution of this country, however highly it must be praised. I am thinking of the relationship between individual people and of the attitude they maintain toward one another.

In the United States everyone feels assured of his worth as an individual. No one humbles himself before another person or class. Even the great difference in wealth, the superior power of a few, cannot undermine this healthy self-confidence and natural respect for the dignity of one’s fellow-man.

There is, however, a somber point in the social outlook of Americans. Their sense of equality and human dignity is mainly limited to men of white skins. Even among these there are prejudices of which I as a Jew am clearly conscious; but they are unimportant in comparison with the attitude of the “Whites” toward their fellow-citizens of darker complexion, particularly toward Negroes. The more I feel an American, the more this situation pains me. I can escape the feeling of complicity in it only by speaking out.

Many a sincere person will answer: “Our attitude towards Negroes is the result of unfavorable experiences which we have had by living side by side with Negroes in this country. They are not our equals in intelligence, sense of responsibility, reliability.”