Home Imperatives Liberal Media in the Age of Trump: Shock and Awe 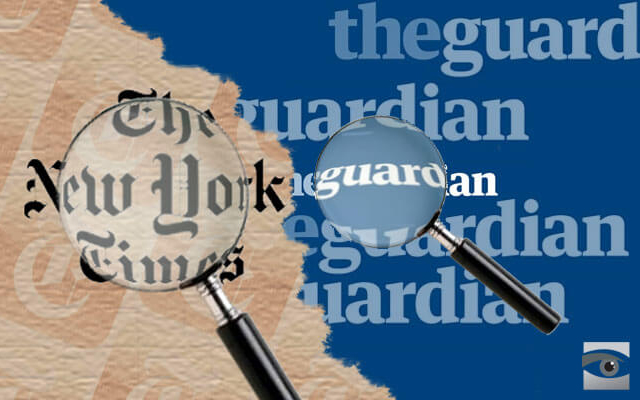 In the UK, several of our most popular news programmes gave uninterrupted airtime to the right-wing commentator Ann Coulter, one of the few people who Donald Trump follows on Twitter, to explain why she thought that it was “irrelevant” whether the Islamophobic videos retweeted by Donald Trump were misleading or not.

“It’s a difference without a distinction,” she said. Tell that to the victims of the violence of Britain First.

How will this kind of controversy-seeking coverage either shed light on the conditions in which populism is finding a voice or heal the wounds of a “divided nation” which liberal journalism claims to do? If the BBC really wanted to confront the source of anger and disaffection in the UK, it would have covered the evidence, published in the British Medical Journal, of 120,000 deaths since 2010 that have been associated with austerity. Instead, it refused to cover a story that it claimed was merely “speculative” – as if the BBC’s newsroom has never speculated, for example, on Jeremy Corbyn’s political future or about the identity of Prince Harry’s future wife.

If the Guardian wants genuinely to confront the neoliberalism that has, in Katharine Viner’s own words, “seized the public realm” (presumably achieved with the help of some of her own commentators), it will have to do more than send John Harris on the road every now and again and instead commit resources to reporting systematically the inequality and rage that lie well beyond the Westminster consensus.

Perhaps the Guardian has gone on a recruitment spree to provide more journalists to fulfil Viner’s mission – but all I’ve seen is its decision to launch a £42m venture capital fund to secure long-term investments in artificial intelligence and payment technology.

In the US, the Washington Post (owned by Amazon boss Jeff Bezos) has hired dozens of new journalists – but these are mostly for its video teams and a new “rapid response” investigative unit. The booming (not failing) New York Times is adding a new kids’ section and developing its visual storytelling skills but, in neither case, is there evidence that its promise to get to grips with a changing political geography will be matched by boots on the ground where they’re required.

Given the collapse in local journalism and the growth in “news deserts” in both the US and the UK, we desperately need more reporters rooted in local communities and a determination to reveal complex tales of alienation, frustration and resistance. Yet the resources to make this happen are largely provided by philanthropists and start-ups, rather than the more familiar voices of professional journalism.

Liberal journalism is profiting from Trump and Brexit – but it’s not at all clear how well audiences are being served. Not for the first time, the most effective opposition to the pernicious politics of the right isn’t going to come from the liberal establishment but from the blogs and campaigns of a committed left.

Des Freedman is Professor of Media and Communications in the Department of Media and Communications at Goldsmiths, University of London. He is the author of The Contradictions of Media Power (Bloomsbury 2014), co-editor of The Assault on Universities: A Manifesto for Resistance (Pluto 2011), chair of the Media Reform Coalition and secretary of Goldsmiths UCU. This feature first appeared in Counterfire on December 9, 2017.