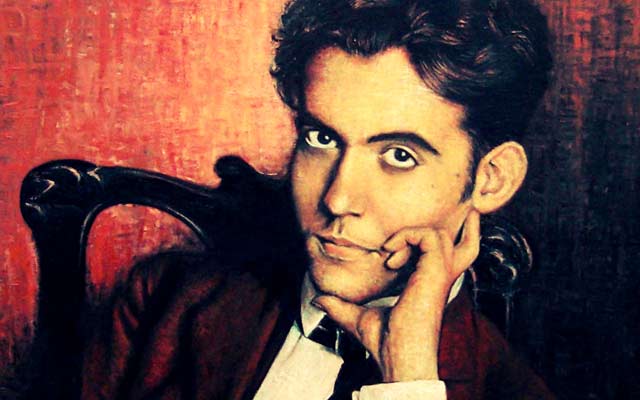 “Duende” the word is difficult to define, but you know when it seizes you heart and puts a twist in your soul. I have used it sometimes – perhaps too often when describing the music I critique. So, to set the record straight, I have sought and found the true meaning of the word. It comes in the form of a lecture – the seminal “Theory and Play Of The Duende” – delivered by one of Spain’s greatest artists, Federico García Lorca. I found this remarkable translation by Tony Klein; the legendary speech given by Federico García Lorca in 1933. It attempts to explain what it is and how it comes to art.

Far away from Spain, many jazz musicians’ art has exhibited much “duende” through the decades as it reached the heights or depths of spiritual ecstasy, the most notable being Miles Davis. In the dark, foreboding, sardonic and yet beckoning wail of his solitary trumpet this “duende” lurked, often crying out like blood. The great guitarist Paco de Lucia also had it in the classic ululations of his flamenco music as does the singer Maritrio and the pianist from Cádiz, Chano Dominguez. And you will experience this anew when you listen to these and other artists again… But for now, prepare to be taken on the ride of your life with Federico García Lorca as he defines what “duende” is…

Ladies and Gentlemen,
Between 1918 when I entered the Residencia de Estudiantes in Madrid, and 1928 when I left, having completed my study of Philosophy and Letters, I listened to around a thousand lectures, in that elegant salon where the old Spanish aristocracy went to do penance for its frivolity on French beaches.

Longing for air and sunlight, I was so bored I used to feel as though I was covered in fine ash, on the point of changing into peppery sneezes. 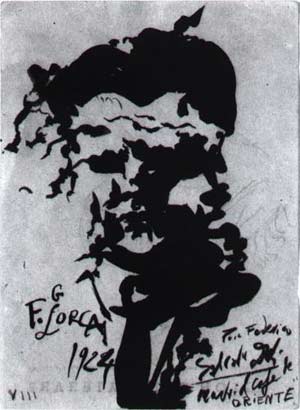 So, no, I don’t want that terrible blowfly of boredom to enter this room, threading all your heads together on the slender necklace of sleep, and setting a tiny cluster of sharp needles in your, my listeners’, eyes.

In a simple way, in the register that, in my poetic voice, holds neither the gleams of wood, nor the angles of hemlock, nor those sheep that suddenly become knives of irony, I want to see if I can give you a simple lesson on the buried spirit of saddened Spain.

Whoever travels the bull’s hide that stretches between the Júcar, Guadalfeo, Sil and Pisuerga rivers (not to mention the tributaries that meet those waves, the colour of a lion’s mane, that stir the Plata) frequently hears people say: ‘This has much duende’. Manuel Torre, great artist of the Andalusian people, said to someone who sang for him: ‘You have a voice, you understand style, but you’ll never ever succeed because you have no duende.’

All through Andalusia, from the rock of Jaén to the snail’s-shell of Cadiz, people constantly talk about the duende and recognise it wherever it appears with a fine instinct. That wonderful singer El Lebrijano, creator of the Debla, said: ‘On days when I sing with duende no one can touch me.’: the old Gypsy dancer La Malena once heard Brailowsky play a fragment of Bach, and exclaimed: ‘Olé! That has duende!’ but was bored by Gluck, Brahms and Milhaud. And Manuel Torre, a man who had more culture in his veins than anyone I’ve known, on hearing Falla play his own Nocturno del Generalife spoke this splendid sentence: ‘All that has dark sounds has duende.’ And there’s no deeper truth than that.

Those dark sounds are the mystery, the roots that cling to the mire that we all know, that we all ignore, but from which comes the very substance of art. ‘Dark sounds’ said the man of the Spanish people, agreeing with Goethe, who in speaking of Paganini hit on a definition of the duende: ‘A mysterious force that everyone feels and no philosopher has explained.’ 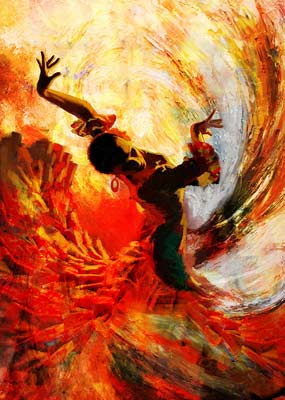 So, then, the duende is a force not a labour, a struggle not a thought. I heard an old maestro of the guitar say: ‘The duende is not in the throat: the duende surges up, inside, from the soles of the feet.’ Meaning, it’s not a question of skill, but of a style that’s truly alive: meaning, it’s in the veins: meaning, it’s of the most ancient culture of immediate creation.

This ‘mysterious force that everyone feels and no philosopher has explained’ is, in sum, the spirit of the earth, the same duende that scorched Nietzche’s heart as he searched for its outer form on the Rialto Bridge and in Bizet’s music, without finding it, and without seeing that the duende he pursued had leapt from the Greek mysteries to the dancers of Cadiz and the headless Dionysiac scream of Silverio’s siguiriya.

So, then, I don’t want anyone to confuse the duende with the theological demon of doubt at whom Luther, with Bacchic feeling, hurled a pot of ink in Eisenach, nor the Catholic devil, destructive and of low intelligence, who disguised himself as a bitch to enter convents, nor the talking monkey carried by Cervantes’ Malgesi in his comedy of jealousies in the Andalusian woods.

No. The duende I mean, secret and shuddering, is descended from that blithe daemon, all marble and salt, of Socrates, whom it scratched at indignantly on the day when he drank the hemlock, and that other melancholy demon of Descartes, diminutive as a green almond, that, tired of lines and circles, fled along the canals to listen to the singing of drunken sailors.