Buster Williams – Bass to Infinity: A film by Adam Kahan It is not often that you can come – quite literally – face-to-face with a musical titan you forgot or one whose name was not top-of-mind and thus not first off the tongue. Producer and director Adam Kahan has, however, been mindful of two such giants of Jazz and has celebrated them with stellar full-length documentary films. The first one is The Case of The Three Sided Dream [2014], his brilliant documentary on the great Rashaan Roland Kirk, and now we have Buster Williams – Bass to Infinity, an eloquent tribute to one of the most iconic musicians and bassists of our time.

Charles Anthony “Buster” Williams Jr. is a bassist with a bright liquid rumble of a tone; one so unique that it takes but a single note played on his exquisite instrument for his voice to be instantly recognizable. And you know that when you’ve taken in that first note – usually played in the first bar of a song – a bass line melody is about to unfold that goes straight to your heart, causing it to beat just a little bit faster. Buster Williams’ gravitas has been at the fulcrum of music by some of the most influential ensembles in the history of Jazz and Mr Kahan’s lovingly-crafted documentary tells their stories in a most unusual manner, using not only Mr Williams’ voice, but using that voice to re-live the stories as if they were happening as we bear witness to each one of them.

The film begins with Mr Williams’ striking the edge of a bowl which produces a gong-like sound redolent of the Buddhist call to prayer. More about that later. Shortly after we meet the bassist and, as one thing leads to another, we find ourselves in a softly-lit room listening to two voices as the camera slowly pans up to reveal each of them: the first is, of course, the figure of Buster Williams and the other is one of the most iconic composers that Jazz has ever known – the inimitable Benny Golson. The iconic composer handles the tenor saxophone as we wait expectantly for the first song. First, however, Mr Golson tells us what the sound of Buster Williams’ bass means to him – water flowing over smooth stones, is how he puts it as we are treated to a glorious contrapuntal conversation between the two musicians. 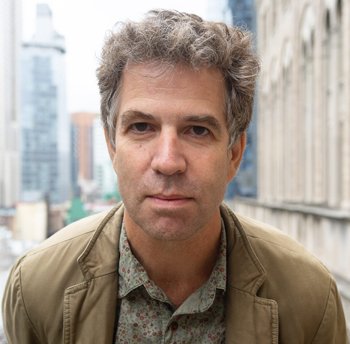 As the film progresses, Mr Kahan’s camera caresses both musician and instrument. We are taken close-up right into Mr William’s gnarled, but gentle face. We feel his breath, find ourselves looking into his eyes twinkling as he tells story after story about his relationship with his father and music, with the first gigs he ever played with Gene “Jug” Ammons and Sonny Stitt and with a host of celebrities that followed. A whole world of music comes alive, one that we may have heard countless times while listening to the music that Mr Williams played on record. In fact, thanks to the extraordinary camera-work that cuts between live cinematography and extraordinarily vivid graphics – pop art that depict the music of the soundtrack and the characters who are not visible for us to engage with.

But engage with them is what we invariably find ourselves doing thanks to the artful cinematography – gliding pans and big close-ups and, often, camera-tilts; bottom-up shots where the characters and instruments are deliberately made to become larger-than-life. It is as if we find ourselves experiencing life unfold – past and present all rolled into one. In the making of all of this, Mr Kahan reveals an important aspect of Mr Williams’ career as a professional musician – one that was pivotal in shaping his unique voice. This is contained in the story – and footage – which touches upon Mr Williams’ important relationship with two iconic vocalists: Sarah Vaughan and Nancy Wilson.

It is listening to the music that Mr Williams played with both women you realise just how Mr Williams has shaped his own unique melodicism. The music he played behind those two vocalists [and we know that playing with Betty Carter also played a hand in this] probably enabled Mr Williams to shape a sound that was – in a sense – exceptionally “vocal”, something quite different from being simply “melodic”. The “melodic” sensibility of bassists is unique to bassists from Oscar Pettiford and Ray Brown to Christian McBride. But Buster Williams takes that “melodic” sensibility to a rarefied realm – in which his bass “sings”.

You hear this in the monumental cadenza with which Mr Williams begins Herbie Hancock’s song, “Toys”, a brilliant composition played by the pianist’s path-breaking Mwandishi ensemble, a glorious piece with a tumbling percussive groove that animated the playfulness of the children’s artifacts. The accompanying black and white footage of the live version of the song adds de rigueur to that piece. Mr Hancock explains the background to the performance and how Mr Williams’ introduction “woke up” the musicians who were reeling from the activity of the day before. It makes a funny story, but also tells how Mr Williams shaped the song and the sound of that band. A sequence that features Mr Williams together with his daughter and siblings speaks of the unique atmosphere and upbringing in Mr Williams’ household – one that continues today.

A number of musicians appear at various points of the film not only to tell Mr Williams’ abilities, but – more importantly – how the bassist shaped their own music. Mr Hancock is just one of them. Others include bassist Rufus Reid, whose bass duets with Mr Williams are simply stunning displays of both musicians’ virtuosity as well as their unique humanity. Other musicians contribute to this storyline as well. Few enhance it as the eloquent trio music played by Kenny Barron, Lenny White with Mr Williams. The performance with the late Larry Williams speaks to something special about the bassist: Without giving anything else away, suffice it to say that Mr Willis sums up the musicianship and humanity of Buster Williams as few musicians do.

Mr Kahan brings his documentary to a close by taking us back into the Nichiren Buddhist shrine in Buster WIlliams’ home. This time we hear the bassist and his wife chanting the beautiful Lotus Sutra: “Namu Myōhō Renge Kyō [南無妙法蓮華經]” or “devotion to the mystic law of the Lotus Sutra / glory to the dharma of the Lotus Sutra”, as that bassist taps into the Buddha that resides inside all of us and eventually manifest it as our Buddhahood – the state of complete compassion – that defines the unique voice of and music of Buster Williams’ bass to infinity. 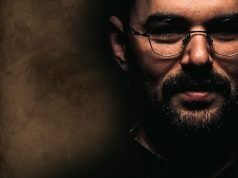 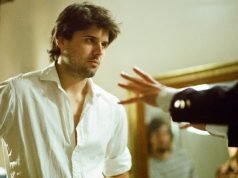 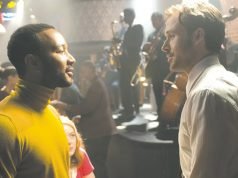