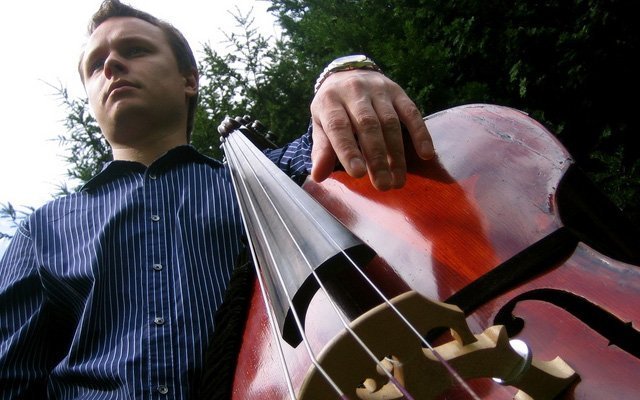 Yuriy Galkin’s music comes from a deeply meditative place where the intellect and intuition seems to meet. The bassist who became entranced by Jazz was led to dig deeper because of the music of the greatest bassist Charles Mingus and – among others – the music of “The Great Dane”, Niels-Henning Ørsted Pedersen as well.

Listening to Mr Galkin’s music, especially his 2019 disc …For Its Beauty Alone one is also struck by the influence of the composer’s background in Western Classical music notably that from the period of the late Romantics and their sweeping, profoundly emotive soundscapes such as was evidenced in the music of Tchaikovsky. But there is also a sense that Mr Galkin has absorbed lessons from later Russian composers such as Shostakovich and the music of Stravinsky.

Absorbing influences from both the classical realm and the music of Jazz has meant that Mr Galkin has also honed his compositional style to be imbued as much by storytelling as it is by expressing himself in the emotion of the moment. His musicianship began with the piano and later traversed into the landscape of the contrabass (admittedly via the electric bass).

This has had an unique impact on his bass-playing technique that is evocative of a pianist’s to the extent that with the use of both right and left hands in a distinctly pianistic manner, he is able to play with phenomenal dynamics using his fingers – whether playing pizzicato – or playing con arco – he is able to combine both melodic and rhythmic content with great flair and intuition.

Mr Galkin is also highly expressive when talking about his music as he revealed in a recent interview with JazzDaGama. Here is the transcription of that interview:

JazzDaGama: When did you begin to feel the pull towards Jazz, assuming that you continued to play classical piano even after you stopped training as a pianist?

Yuriy Galkin: It was first rock music I was fascinated by, not just any rock, but The Beatles in particular – I managed to get all their albums and I still know all of their songs by heart, and mind you, back in the day in Russia, you couldn’t just go to the record store and buy anything you wanted, let alone something regarded as Western culture. You’d have to find private collectors and make copies. I guess a big part of it – in addition to the greatness of the music of course – was the fact that this music was very different to what was played on the radio and to what we learned in music schools. Back then, if you were to study music, you’d do a classical course mostly, maybe Russian folk music, but that was it. And of course it was an act of rebellion – an intention to not be like everyone else. Jazz came later on. I started to play electric bass and soon after realized I wanted to expand my horizons beyond the rock world. I had an idea what jazz was and I made a decision to commit myself to it. Somehow I knew it had endless possibilities for self-expression and musical development, and so I kept hearing about this violinist in my hometown who could play jazz and one day, believe it or not, me and another friend of mine who happened to know him, literally came and knocked his door and I said – hey, I’m Yuriy and I want to play jazz… with you. It was funny though, but it all started right there. I got to hear my first real jazz records and it was all set in motion.

JDG: As a composer is there anyone in the classical tradition – Russian or other European – that you carry with you as you crossover into Jazz? 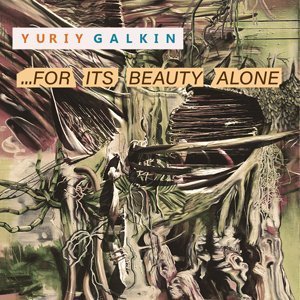 YG: Well, I guess we all carry what we were exposed to at one point or another into what we create, one way or the other, unless it was utterly ugly… (laughs) I always had a great deal of lyricism in my music and I suppose it might have come from composers such as Tchaikovsky, Rachmaninoff, Chopin, Prokofiev and others. Later on, I was fascinated by Shostakovich, Mahler, Bruckner and Stravinsky, who I consider to be a Russian-American composer, not because he lived in the US or outside of Russia for most of his life, but because of Stravinsky’s openness and liberal approach, if you will, to create music. I am very attracted to his last 12-tone period, the one that is very little known or even unheard of in Russia to this day.

JDG: Composed or Free Improvisation? There is something to be said of both disciplines. What’s your view?

YG: I would subdivide the latter into Improvisation – when musicians improvise on the form, and Free Improvisation per se. To me, it is about a balance between three of them. I like to use all available tools as long as there’s time and place for them. The composed parts are there to express and reveal the composer’s concept, while improvisation is more of an expression time for musicians in every possible way such as soloing, interaction, interpretation etc. Same piece of music will sound differently with a different band.

JDG: My memory of so-called “East Bloc” (or Soviet-era) music dates me, but I remember Vaghif Mustapha Zadeh, Vyacheslav Ganelin and Leonid Chizhik (to name a few)… Do these names still mean anything to people there?

YG: There were much more of the names of course – musicians and enthusiasts alike – in the country that were credited for creating and developing the jazz scene in those, well, rather harsh times for jazz, to say the least. But sure, I think it is safe to say they are, in a way, legends these days.

JDG: What do you think that you bring to the music of Jazz, which, in a sense, is a different culture (it’s African-American)… European musicians would say, “Elements of the western classical tradition,” or something similar. What would you say?

YG: Well, I wouldn’t say jazz is an alien culture. Jazz was always bringing people of different races and cultures together like no other form of art. Jazz resisted oppression of all sorts and – as a music genre – always evolved and absorbed different influences along the way, so in essence jazz is an ever-evolving substance. In fact, Duke Ellington didn’t like the word “jazz”, neither did many other great musicians. For Charlie Haden jazz was the music of “rebellion and liberation”, hence his orchestra’s name. I hope I bring elements of my own voice, personality, insight and experience into the music. I hope I bring beauty into this world by making this music, the beauty that hopefully enables us to leave this world better than we found it.

JDG: How do you see the role of your instrument shaping the music that you play?

YG: I kept always saying – it should serve the music. I use available colors and tools to deliver the ideas, so for instance, if I hear bowed bass or bass and piano only, so be it then. I didn’t want a “bass player’s record”. Moreover, I wanted it to resemble a democracy, without domination on anyone’s account. But we all interact and the decisions every one of us makes inevitably affects the “musical canvas” as a whole.

JDG: How do you approach composition? Is there an idea that starts to form in your head? Or is there a sound or set of sounds? A story, perhaps?

YG: As a matter of fact, all of the things you mentioned, and beyond. I embrace every approach and starting point. Sometimes it’s a melodic or a rhythmic idea, or a sound. Sometimes the process involves working with a 12-tone row or experimenting with a form – one of the major tools in my arsenal. And that goes for a story too – if I want to create an atmosphere, certain colors and structures come to mind and so forth.

JDG: Do you think that a composition is collaborative? For instance, as a bassist your role is rhythmic first, then harmonic and then, if the ideas flow, melodic? Or is there another – collaborative – manner in which you see your music evolving –while it is played by other musicians?

YG: Spontaneous composition (aka improvisation) is collaborative, but it doesn’t have to stick to a strict formula. There are myriads of ways to build the momentum, so to speak, but in the end it is all about interaction and quintessence regardless of the concept’s origin.

JDG: What was the basis for this album For Its Beauty Alone?

YG: As I already mentioned, my ultimate goal is to bring beauty into this world, oppose injustice and make people feel something they long forgot about. Amidst all the insanity we live in, it is our responsibility stay up against it and to defend humanity. We all know how aggressive political leaders and certain powers can be these days. …For Its Beauty Alone reveals the reality and – to a certain extent – a tragedy of modern day. The music on the album travels through different phases of reality – not quite favorable ones at times – but always comes back to the beauty, humanity, peace, justice and it ends on an optimistic note because I am a believer.

JDG: Is this your first experience with these musicians? If so, why them and how did you bring this ensemble together?

YG: Yes, it is! It was my past many years goal actually, to make my own record with Dave Binney on it. I am a fond of his sound, style and approach and – as a matter of fact – I wrote most of this music with his sound in mind. I met Rudy while he was on tour in Russia a few years back with another band. I also knew him from the records of Dave Douglas and Bill Frisell among others. Rudy has a unique combination of traditional and contemporary aspects in his playing. His approach is very organic with a deep understanding of music regardless of a nature of it. I met Matt here in New York, although again, I heard him on all these records beforehand. He’s an outstanding musician and extraordinary composer who, I felt, would be a perfect match for this project and would bring the music to the next level.