A review of Ugly Beauty – Jazz in the 21st Century by Phil Freeman
There’s not a lot of love for reading books [fiction or non-fiction] these days. This is certainly true for me – I’ll be the first to admit, out of a profound sense disdain for most modern literary craftsmanship and being highly opinionated when it comes to poetry and music [I’ll be the first to admit].

Fiction – the kind of lyricism and brilliance that informed Joyce, Malcolm Lowry, B.S. Johnson, and John le Carré, for instance – seems to have vanished from the literary canon. Non-fiction on most subjects lacks depth, scholarship =- and the de rigueur literary craftsmanship. Of course there are exceptions – there always are exceptions. Since we are talking about music let me give a couple of examples: Mark Ruffin’s notionally fictional book, Bebop Fairy Tales – An Historical Fiction Trilogy on Jazz, Intolerance, and Baseball is brilliant; transcends not only both fiction and non-fictional boundaries, but is an epitome of scholarship, lived-experience, realism and literary craftsmanship – the American kind of cross between slangy Americanism and English that a reader finds riveting.

Other non-fiction books – just three examples in no particular order of which are – Freedom Is, Freedom Ain’t by Scott Saul [Harvard University Press, 2003], The Rest is Noise – Listening to the Twentieth Century by Alex Ross [Picador/Farrar, Strauss and Giroux, 2007], and The Lady Swings – Memoirs of a Jazz Drummer by Dottie Dodgion and Wayne Enstice [University of Illinois University Press. 2021]. Exquisite books to read over and over again for the sheer joy of reading, or studying – and therefore – learning from. 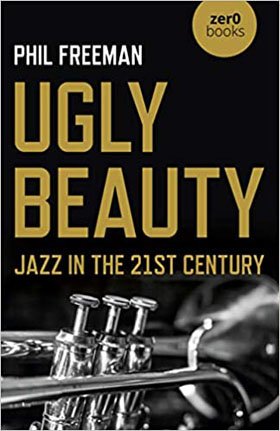 When it comes to books on jazz, Black American Music or whatever you wish to call it. I am first and foremost with Amiri Baraka, who – clearly from the cultural standpoint and lived experience – famously and quite memorably disparaged music by Peter Brötzmann in a review [whether you may agree or not, in my opinion it was entirely justified] on Brötzmann’s approach to and “reading” of the Blues [in] Jazz on a [particular recording. Then there’s the fiery essay [written as LeRoi Jones] a celebrated missive entitled “Jazz and the White Critic” [Black Music, William Morrow & Company, 1968]. But, of course apart from Amiri Baraka and A.B.Spellman…there are other notable exceptions – [titles mentioned above, and numerous others, by Brian Priestley, Ben Ratliff, Ted Gioia, Nate Chinen, a.o. The greatest of them is probably Alec Wilder [American Popular Song [Oxford University Press, 1972]. And who can resist anything that the great Whitney Balliett wrote throughout his tenure as a music critic for the New Yorker, or Neville Cardus before him for the Manchester Guardian?

And hen there are also other notable exceptions – one of which is Ugly Beauty – Jazz in the 21st Century by Phil Freeman [zerO Books, 2022].

There are several reasons why this is an outstanding volume, and a somewhat bold and pioneering and essential addition to the library of music. This is largely due to the intrinsically musical style of Mr Freeman’s writing, the beckoning idiosyncrasy of his experiential thoughts and ideas as a listener. Music holds one’s attention if it is riveting, played or sung by almost insolently virtuoso instrumentalists and vocalists, stylish, provocative full of breathtaking new ideas. A writer’s experience of the same must reflect that in as songful a language that relocates and commits the musical experience to the sensual aroma of paper and the ever-roaming eye and mind, forever distracted by the eminently destructive digital world. [No one has done this better than Whitney Balliett and Neville Cardus]. But that’s another story.

Mr Freeman’s book is replete with essays on musicians who are creating very important works – fired up no doubt by the likes of Anthony Braxton, Wadada Leo Smith, the legendary creators of the Association for the Advancement of Creative Musicians – Muhal Richard Abrams, George Lewis, Roscoe Mitchell, Joseph Jarman, Lester Bowie, Henry Threadgill a.o. who were born into The Eternal Music Continuum, their art forged in the fire of The Blues and The Jazz Tradition – Black American Music. Mr Freeman has a firm grip on these facts – both about where music comes from and who is largely responsible for the creation of the music that he writes about. 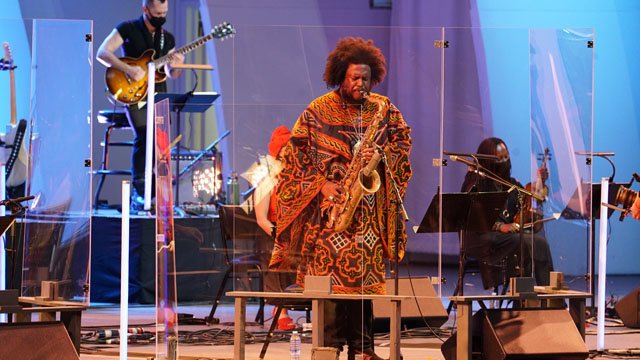 This is clear from the very outset of the book – I mean, his telling quote form the philosopher, Søren Kierkegaard – which appears as a kind of hypothetical frontispiece in a wonderfully sly and un-pedantic manner. The essays follow, sectioned off into five parts, each with a rationale, association by theme, style, ideation [of the musicians being reviewed or written about]. Best of all, each essay does not pretend to be the be all and end all of the music or the musician. What each essay does, however, is bring the musician and the music to life in words befitting the transposition of one art to another – that is music notation or the black dots on a page to the literary, or words upon a page – in an almost songful manner. Body-politic and musicianship often collides in a volcanic mix that runs the gamut of emotion, a reflection of the often nuanced artistic – and de rigueur – response to the socio-political situation that plagues all free-thinking and democratic civilisations today.

Here’s a fine example: the essay is Tyshawn Sorey: Write It Out and Believe In It “He hits everything with astonishing precision and equally decisive force… his solos have the explosive power of death metal, displaying more thundering energy than any other jazz drummer I’ve ever heard, and his snare rolls are crisper than anyone this side of Billy Cobham. He’ll take your breath away.” Not only does this report of a concert featuring Mr Sorey present an understanding of the drummer’s position in space and time in the continuum of music, but it is redolent of musicality in the percussion colouration and a fine, expressive reproduction of the music that Mr Freeman has just heard.

Mr Freeman also displays a fine sense of balance. His essay on James Brandon Lewis – who imprints his considerable intellect into each recording – displays a kind of jeweller’s sense of balance that both musician and author have. Thus the musicality of Mr Freeman’s writing nestles cheek-by jowl with Mr Lewis’ “high-register screaming sounds…” which recall the music of John Coltrane and the “mellow dark sound…” of Wayne Shorter. In the later essay on Moor Mother there is lyricism that evokes the poetry of the artist: “…Moor Mother created electronic hisses and rumbles like a spaceship disintegrating around its occupants. Over a bed of nightmare sound, she asked over and over, with increasing urgency, ‘Did you see the vultures laughing? Did you see the hawk circling, looking for flesh? Have you been walking around with open eyes?” This time, in the writing and performance, an apocalyptic vision has been eerily brought to life.

The five parts of the book represent a kind of stylistic chronology that picks up from tenor saxophonist JD Allen, trumpeter Jeremy Pelt, pianists Victor Gould, Ethan Iverson and Jason Moran who hung up their respective shingles by redefining the language of music evocative of the 1960s. The next part is woven from respective fibres of the music of pianist Vijay Iyer, cornetist and trumpeter [and everything brass] Taylor Ho Bynum, the brilliant cellist Tomeka Reid, flutist Nicole Mitchell, guitarist Mary Halvorson and born =- as it were – of the “ghost trance” of Anthony Braxton and others from the AACM. Part three jets between the US and Europe, intersected by vices from South Africa and beyond – such as Shabaka Hutchings, Brandee Younger, Makaya McCraven, Nduduzo Makhathini, Siya Makuzeni and Thandi Ntuli as well as Afro-Futuristic titans steeped in Jazz – such as Kamasi Washington. Part four puts a spotlight on the brave new world of brass men from Ambrose Akinmusire and Christian Scott aTunde Adujah and the wonderful Theo Crocker, the latter of whom brings the legacy of New Orleans to his new-worldview. The book concludes with the fifth part featuring Jamie Branch, James Brandon Lewis and others like Moor Mother, whose floating lyricism and poetry is steeled into bristling musical intellect.

Best of all, this collection will enthrall the reader with its sweep of prodigiously gifted contemporary artists from both sides of the pond in a kind of chronological that not only works like a chain-link in that musical continuum, but is also representative of the best of what is out there, broadcasting out of the USA to the world, which is compellingly reflected and refracted right back at us in North America by the Afro-Europeans who have been subsumed by their native Afro-Caribbean roots – all of which makes for a veritable ocean of sound of Mr Freeman’s proverbial canvas; the well-documented musical scene of the 21st century of the title. This defines the scope of the book with its exemplars from the inimitable JD Allen a titan of the tenor horn, Kamasi Washington and his outstanding group of musicians – some of whom like Thundercat are also covered in the book, whose prophetic sound echoes the whole of the, musical universe in which we also hear the visceral creativity of Shabaka Hutchings, the “massive whooshing” of Nicole Mitchell, the singular voice of Jamie Branch and a glittering array of musicians with bonafide credentials to qualify them their ascension to the rarefied realm of contemporary music.

All the while, we are acutely aware of the writer’s own bonafides – his singular genius that puts him right where the musicians that he writes about are: in that same rarefied realm. Well, okay… this book may not make musical notes leap off the page with words that dance and pirouette like flames licking and burning their way into the brain – something that the late Greg Tate could make happen in his prose. But the idiosyncratic manner of Mr Freeman’s writing certainly causes them to flow and dance like to mimic moist water colours of Nicole Mitchell or like viscous paint thick and vivid with colour that drip and ripple and skitter with frolicking rhythms through the senses depending on what instrument another musician is playing, while Mr Freeman, while drinking it all in, begins to pour it out on the pages of this book.