Home Books & Miscellany This is Hip – The Life of Mark Murphy by Peter Jones:... 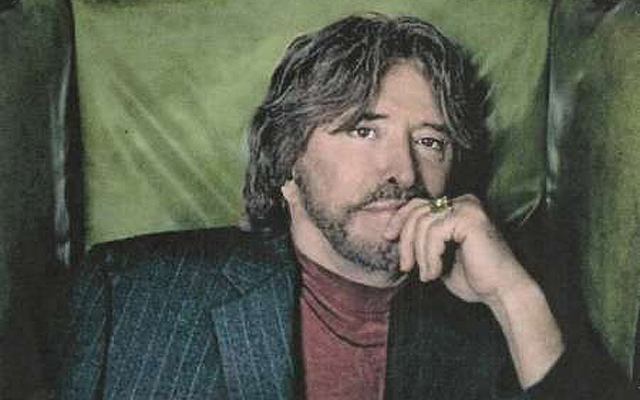 Of all the reasons to write a biography of someone – anyone – enhancing his (or her) reputation among current fans and followers, introducing his (or her) work to a legion of new readers, listeners and fans must rank among the most important. There might be another reason, albeit lesser one, which might be to set the record straight – this time among the cognoscenti. This biography of the legendary Mark Murphy by Peter Jones might claim to do all of those things. 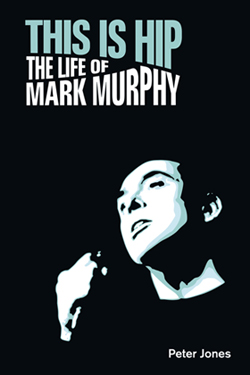 First of all, by virtue of being the first book about a seminal figure in music it captures the high ground and is cause for celebration among Mr Murphy’s dedicated followers. It also surely introduces Mr Murphy to many who may be new to new to vocal music, music and jazz music. It is this addiction to categorise the work of artists – especially musicians – by a world of music businessmen desperately spinning out categories for every musician and music. It is almost as if the men and women who shepherd the industry need to have the categories simply so that they (themselves) understand what it is they have to market.

Mark Murphy suffered because of this, especially among his legion of fans – and almost certainly in his quest to win new ones because he was an artist in an industry stricken more by ignorance and greed. Every record, indeed if we are to believe Peter Jones himself, every song was subject to such a ridiculous degree of scrutiny that one wonders how one is supposed to enjoy the music after all is said and done. Susan Sontag, in her brilliant essay Against Interpretation postulated: “What the overemphasis on the idea of content entails is the perennial, never consummated project of interpretation. And, conversely, it is the habit of approaching works of art in order to interpret them that sustains the fancy that there really is such a thing as the content of a work of art.” Applied to Mr Murphy’s art the need to understand how and why he sang the way he did is crucial to appreciating

his genius. But looked at from the point of view of critic, how is anyone other than the artist going to understand what is being said – or “sung”, in this instance – let alone appreciate and enjoy the veracity of the work (and the artist, Mr Murphy) if everything he does is held up to interpretative scrutiny? Does he sound like Frank Sinatra or Nat “King” Cole or Eddie Jefferson? Sadly, there is much in Mr Jones’ book that dwells on this aspect of Mr Murphy’s art; so much that it becomes a barrier to approaching Mr Murphy.

Quoting Nietzsche (“There are no facts, only interpretations”), Miss Sontag also asked: “Directed to art, interpretation means plucking a set of elements (the X, the Y, the Z, and so forth) from the whole work. The task of interpretation is virtually one of translation. The interpreter says, Look, don’t you see that X is really – or, really means A? That Y is really B? That Z is really C?” Miss Sontag goes on to ask: “What situation could prompt this curious project for transforming a text? History gives us the materials for an answer. Interpretation first appears in the culture of late antiquity, when the power and credibility of myth had been broken by the “realistic” view of the world introduced by scientific enlightenment. Once the question that haunts post-mythic consciousness – that of the seemliness of religious symbols – had been asked, the ancient texts were, in their pristine form, no longer acceptable. Then interpretation was summoned, to reconcile the ancient texts to ‘modern’ demands.”