Home Books & Miscellany Is There Space for Jazz in Modern Pop Culture & Entertainment? 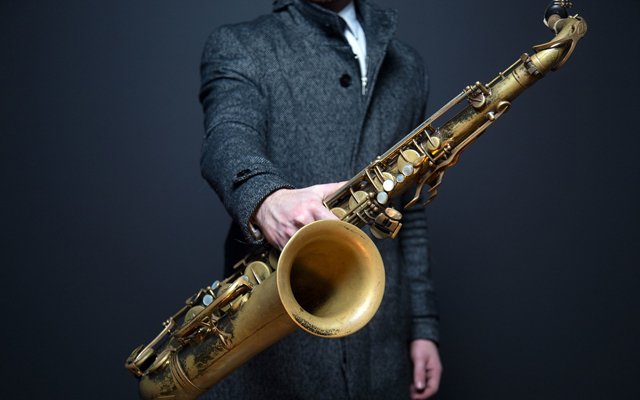 Before we really dig into this topic, let’s stipulate that jazz is doing fine. Sure, it might not be the most popular genre of music or entertainment in the world in 2021. But it has retained a vibrant culture over time that looks poised to endure. A recent Curbed piece that was actually looking at the struggles of live jazz venues during the pandemic even referred to it as “the city’s most prominent live art” (“the city” being New York in this case). This speaks to the simple truth that while jazz isn’t topping the charts, it’s still big where it’s big.

With all of that said though, jazz is still conspicuously absent from modern pop culture and entertainment. In fact, save for two excellent films by the young director Damien Chazelle (Whiplash and La La Land), it’s hard to think of examples of jazz showing up in any sort of lasting way in today’s entertainment culture. This leads us to wonder if in fact there’s still space for jazz in culture and entertainment. And there are a few possibilities that come to mind.

The two Damien Chazelle films mentioned above don’t simply involve jazz so much as they pay homage to it. Whiplash delves into the process of talented jazz musicians, and while it does so in brutal fashion at times it practically forces the viewer to respect and admire the genre. La La Land, meanwhile, essentially celebrates jazz as a specific contrast to some modern music and entertainment that some might see as less refined. And now, Chazelle has a new film on the way that seems likely to be yet another ode to jazz. It stars Brad Pitt and Margot Robbie and will likely concern the transition from silent film to “talkies” in Hollywood. But it takes place in the 1920s — aka the “Jazz Age” — which seems promising.

We don’t know a whole lot more than that about the film, but if it interests you keep your eyes on film Twitter and IndieWire for updates. Any fresh Chazelle news is sure to ignite a frenzy of online interest.

In this category we’re basically referring to two possibilities: play-along mobile games, and online casinos. Regarding the former, there are certain mobile games through which people can simulate popular music by tapping and swiping along on their phones. It’s difficult to imagine a pure jazz version of one of these games generating a ton of popularity, but there is certainly nothing that precludes the games from including jazz songs.

More significant would be the inclusion of jazz-themed games at online casino sites. If these are not entertainment platforms you’re particularly accustomed to, Foxy Bingo offers perhaps the best snapshot of why this sort of thing would matter for jazz. The Foxy platform serves as an aggregator for an unusually wide range of games consisting of slots, jackpots, bingo, and “Slingo” games among others. And if you look through these games, you’ll quickly realise that plenty of them have music or other pop culture-related themes. Foxy alone boasts titles such as “Monsters Of Rock” and “King Of Pop,” and it’s frankly easy to imagine a jazz game or two fitting right in. It could be a game based on a legend of the genre, one imaging the New York jazz scene or even a La La Land game. In any case though, it would reach countless eyes, and possibly expose more people to the thrill of jazz.

Books can also play a role, because frankly it’s never clear in advance when a biography will become a hit, and thus expose its subject matter to a wider audience. Who would have known, for instance, that Ron Chernow’s Alexander Hamilton tome would ultimately inspire one of the most intensely popular musicals in history? Who predicted that Andre Agassi’s Open would rise so clearly above and beyond the average sports autobiography? Or that Rob Lowe’s Stories I Only Tell My Friends would stand as one of the most insightful and revealing glimpses into Hollywood show business in decades?

The point of listing those examples is simply to say that at any given time, a terrific book on a figure like Miles Davis, Duke Ellington, Charlie Parker, or any of a number of others could spark significant attention. Then again, we’d settle for a wave of publicity surrounding Mark Ruffin’s historical fiction trilogy as well!

The idea of a popular jazz-related TV series is also an exciting one, and ties back into some of the other ideas above. If Chazelle can keep using jazz at the core of beloved films, for instance, there is no raise he couldn’t do the same with a television series. Similarly, if in fact, we saw a prominent jazz biography generate real attention, there would at least be a possibility of it spawning a TV show or miniseries.

Jazz will ultimately be fine even if none of these things happen. But these possibilities do speak to how our favourite genre could still enter the public consciousness through fresh culture and entertainment.