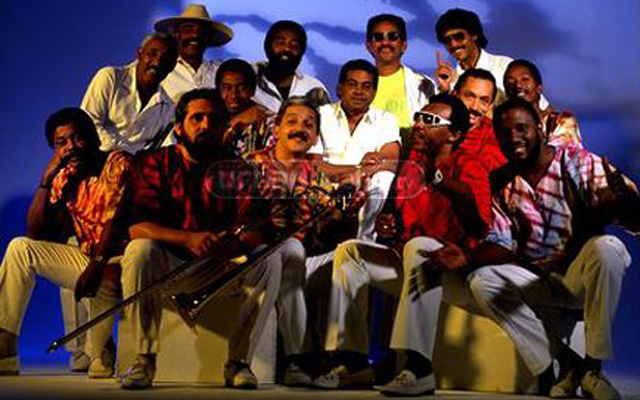 There is one more quality required to go through the book with a view to unlocking that fabled world of possibilities and that is ‘passion’ This we certainly know not only from Prieto’s performances but from harbouring our own art deep within our souls. To that extent – and this is my educated guess – Prieto suggests that this book is also for ‘lovers of rhythm’, as he puts in the blurb at the bottom of the book cover. To this end we begin the book with a seminal chapter on ‘Playing What We Want To Hear’. This, of course, not only ties in with ‘sounding’ out on the drum, but also communicating thoughts and ideas in the language of music. The pivotal chapter in this first section of the book is ‘The Cáscara/The Clave – Their Relationship and Beyond’. The ‘initiated’ will already know that the two elements of rhythm are related, but to someone who is coming in to Afro-Cuban drumming as a fresh initiate this is a fascinating account of how each of the two elements affect the other if the pulse of one is even minutely altered. After a well-documented and beautifully-written essay on ‘Stick control for the Snare Drummer’ based on the book of the same name by great American pedagogue, George Lawrence Stone, Prieto takes a philosophical leap in his conversation between his inner voices. This, he posits, is a constant stream of consciousness percussion discussion between inner selves. This first section of the book ends with an exciting excursion into the world of/development of ‘songo’ a style of music that informs the rhythmic adventures of each song – sometimes an excursion within each song – made famous by the iconic Cuban band Los Van Van, which included Juan Formell, its leader and its beating heart, the percussionist, Changuito.

In the second part of his book the discourse begins with a rather philosophical, yet essential discussion on the spiritual and emotional aspects of drumming. It bears mention here that many Cuban drummers come from that sacred space because of their unique form of worship – Santeria – of the Orishas (a pantheon of saints). That part of it cannot really be learned as accompanists at these ceremonies are anointed from one generation to the other. Well-known examples are Roman Diaz and Pedrito Martinez. Their instruments, however, are centred on the bàtá drums and the congas. Prieto, however speaks more broadly here of the spiritual and the emotional connection between the drummer/musician and his instrument/art. The iconic drummer Max Roach is the leaping-off point for the following chapter of the book. Roach was instrumental in the creation of a more melodic approach to drumming and he added a whole new vocabulary to the drummer’s lexicon. Prieto melds the world of ‘clave’ into Roach’s world of melodic drumming in a chapter that is at once fascination as it is a study in Roach’s technique as it is the opening of the door to Dafnis Prieto’s world, one in which Max Roach’s ‘melodic’ approach collides with Prieto’s originally learned world of ‘clave’. Two chapters on technique follow; one more fascinating than the other before the book returns to the ultimate chapter entitled ‘Perception and Awareness of Rhythms’.

A World of Rhythmic Possibilities is a book that will revolutionise a professional’s approach to drumming should he or she desire to expand his or her perception of drumming in the world of music today. Prieto’s book is peppered with transcription and transpositions that are easy to follow (degree of difficulty differs depending on academic ability and stage of development). The book also unlocks access to three hundred and thirty-eight audio tracks and thirty-three video clips, through a special code included in the purchase of each copy. That is a fabulous bonus that readers do not pay for. Something else that the buyer certainly does not pay for is the beautiful writing style that Dafnis Prieto uses to deliver his ten extraordinary lectures on rhythm – not simply drumming – at the edge of tomorrow. This is what separates Prieto’s book from all others. Add that to the drummer’s own genius and the fact that he is able to share his extraordinary talent in what could easily have been ten books on drumming in one volume and you have what could easily be the most important book on modern drumming by one of the instrument’s finest exponent’s of the art and the craft of drumming.