Home Books & Miscellany Christian Tamburr: All about “The Awakening” and The Vibes that made it...

JdG: Who was your biggest influence when you started out? Has that changed over the years?

CT: When I was growing up in school I was fortunate enough to live near a little jazz club in Cocoa Beach. Some great regional and even national players would come in and play. My parents took me often, but the first show I went to see that was seriously my first serious jazz club performance was Ira Sullivan. From the moment I saw him and heard him play I wanted to play like him… with him…. learn from him. Fortunately, he did a lot with young jazz up and comers and I had the opportunity to work with him as my mentor for most of my junior and senior High School years. I would go on to do many performances with him all over the country and he has recorded on a few of my albums. He is just a monster. He can play anything, any which way… and [he] could do it without even warming up…. He’s always – and will always – be a major inspiration to me.

JdG: Is writing your own material an essential part of [your] artistic expression? 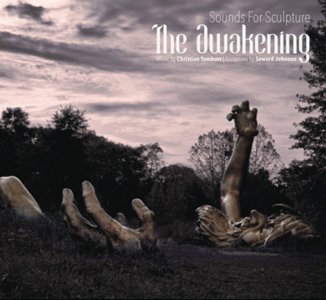 CT: Yes it is now. I love to write… especially when it’s on my own terms… I often write for other folks – original songs or arrangements, but in the cases where I have some down time there is nothing like just sitting at the piano and seeing what happens. To me there are days where I just end up playing a whole lot of nothing, and there are days where within a few moments I know what I’ve come upon must become a tune. I love that sense of being on the start of what is going to be a new song and the exciting journey of figuring out how it’s going to play down. It’s like controlled improvisation during a solo section on the band stand… It’s the same excitement… just more evenly paced and this intense focus on melody and harmonic moment.

JdG: Do you write a little every day or only when inspired?

CT: I write when I’m inspired. I love stories or visual inspiration. Sometimes I will hear something on the radio and go try to catch the vibe of it with my own melodic idea.

JdG: Speaking of The Awakening, what drew you to Seward Johnson’s work?

CT: His sense of humor. I love the everyday honesty of his work. You can see the joy and happiness and everyday living that passes by us so quickly, until it’s frozen in time for this true examination. The smile of a couple in love, or the movement of the body while dancing, the tension of a wife arguing with her husband… These moments are running in real time in our everyday lives, yet Seward managed to pick some really special ones and freeze frame them so we could relate with them. Seward also doesn’t take himself too seriously… He loves what he does, but he does it for his journey, not anyone else’s.

JdG: How did this project develop?

CT: I was at the Grounds For Sculpture which is just outside of Hamilton NJ doing a performance for Seward and his wife. It was my first time to his park to see the collection of amazing sculptures. I was transformed by the size and impact they all had. I felt like I was walking through a huge story book. I could hear the songs as I walked up to each sculpture and created the backstory of what moment had been frozen in time. Like writing for a play or theater, I created the story line in my head for the characters captured in bronze and off we went. I produced a business plan to Seward and his Atelier and they agreed. I selected 10 of his sculptures to write the original songs for. It was such a great process.

JdG: Why did you decide to write music about these [specific] sculptures?

CT: It was a pure case of “Art inspiring Art”. The sculptures [actually] forced my hand… made the decision for me.

CT: Seward’s sculptures are realism – so they often capture characters or individuals doing things – a conversation, a nap, a dance, a dream etc. as if in freeze-frames. I imagine that if you hit the “play” button and they all came to life. It’s sort of what the scene would be in the movie… so, in a way, the music just comes to life.

JdG: Why did you feel that only some charts required vocals? And why Clint Holmes?

CT: Works such as “The Awakening”,” A Thought to Consider” and “Hiding in the Light” are the three vocal features. I wrote those three specific tunes with a sung melody in mind. There was a story to be told beyond just my notes and the lyrics just take that story one level deeper.

I have been the musical director and pianist for Clint Holmes since 2015. He is a close friend and one of the most incredible lyricists I know. He heard the tunes, I told him my inspiration and backstory to the tunes and he was off and running. We collaborated together on the writing of the lyrics, but he was so personally connected to them that it made sense to have him track the vocals. He has a great voice and I was honored to have him on the project.

CT: That’s hard to say. I’m creating a lot of content right now while we are in this time of quarantine. I’m hoping some of the music I write during this time will make its way to a record in the next year. I think a lot of artists will document and capture this time through music and writing. I will be one of them.