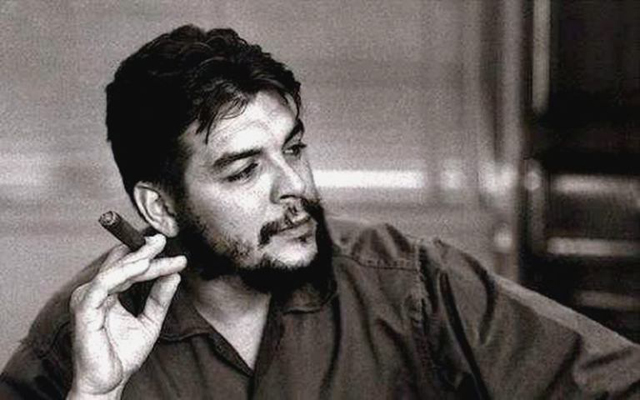 “If you have the capacity to tremble with indignation every time that an injustice is committed in the world, then we are comrades” Ernesto “Che” Guevara

Che, My Brother by Juan Martin Guevara
“Póngase sereno y apunte bien. Va a matar a un hombre” (“Calm down and take aim. You’re going to kill a man”). Those were the last words of Ernesto ‘Che’ Guevara to Mario Terán Salazar, the soldier who killed him in the classroom of the village school in La Higuera, an isolated spot in South Bolivia and we read them ten lines into the book Che, My Brother by Juan Martin Guevara (as told to Armelle Vincent who wrote the French version based on a interviews with the author). The soldier was terrified and needed a drink to carry out his orders, Mr Guevara’s narrative continues, and so ended the life of one of the greatest revolutionaries in thought, word and deed that the world has ever seen. But while having his life snuffed out with a round of gunfire robbed him of his breath, it was an act that give rise to a legend. Not for Juan Martin Guevara though, who tells Che’s story from a very different perspective. The Che who we meet in this book appears to be a revolutionary profoundly committed to the cause of peace, but reluctantly has to take up arms to move the world closer to that ephemeral goal. To make a world without war possible and ended up giving up his life.

Younger than his legendary brother by fifteen years Mr Guevara has (with the publication of this book) broken his – and his family’s – silence fifty years after Che’s murder by the Bolivian soldier sent to carry out the onerous task; to murder of a man still inspirational wherever in the world dispossessed people feel the weight of injustice – from South America, to countries in Africa, the Middle East, India and beyond. Injustice, we hear from Mr Guevara was something that occupied the mind of Che from a very young age. It was something he found out when he learned to communicate with 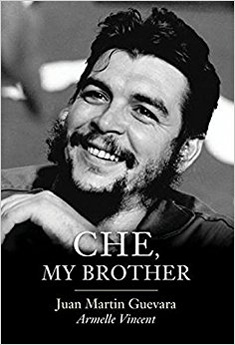 the Quechua-speaking aboriginal girl who is hired to keep house for the Guevara Lynch/de la Serna family into which Che was born: “He liked nothing better than to spend long periods of time with her; he was curious about her life, her origins, her people.”

We hear from Juan Martin Guevara how this curiosity led to Che’s empathy for the indigenous peoples’ plight and fired him up to undertake his first travels into the deepest heartland of rural South America. He did so first in 1950 when he and his friend Alberto Granado undertook a 4500 kilometre trip on La Ponderosa II, an old motorcycle restored by his uncle. Then in 1953 he travelled more extensively through Bolivia, Peru, Ecuador, Panama, Costa Rica and Guatemala, where he met Antonio ‘Ñico’ Lopez and witnessed the overthrow of the democratically-elected Jacobo Árbenz in a US-backed coup. On a trip to Mexico in 1954-55 he met Fidel Castro in Mexico, where he agreed to join the fledgling group of Cuban revolutionary exiles, returning with them to Cuba to engage in the revolution that overthrew the Cuban dictator, Fulgencio Batista in the December of 1958.

If Juan Martin Guevara’s book sought to retell the story of Che’s revolutionary life through itraternal eyes, it would not be worth reading. However, the book is about being a brother to a man who cared deeply about his family – especially his mother, wife, children and his younger brother, Juan Martin. But his letters home – several of which are quoted (sometimes at length) in the book – and his Diarios de Motocicleta (Motorcycle Diaries already do that. The most compelling aspect of the book is Juan Martin Guevara’s story of the brother who loved him and helped him grow into a revolutionary in his own right. Moreover, it is about how the author was schooled by his illustrious brother into becoming a man before he became a revolutionary and had to suffer eight years of torture in various jails during the brutal post-Perón dictatorship in Argentina in the 1970s.

Is the book, then, a prequel to the ‘official’ Che biography; one that will outdo Jon Lee Anderson’s Che? Perish the thought. Che, My Brother is a book that is a long and at times angry, emotional letter from one brother to another in which Juan Martin tells his Che everything that he could not tell him about himself and the Guevara Lynch family that he (Che) left behind. In fact, perhaps the most compelling part of the book is in the last third of the book which describes Juan Martin Guevara’s imprisonment and after. The intensity of the narrative is taut and at times even gut-wrenching. And yet even this long goodbye does not end – at least in this book – with Che’s last letter to his children just before his departure to Bolivia.

It reaches its proverbial crescendo in the white noise of a speech made by close friend and fellow revolutionary, Tita Infante. The text entitled Evocacion de Tita Infante a anode la muerte del Che (Tita Infante remembers Che one year after his death) that was published in 1968. It is this letter that joins the dots between Che ‘the revolutionary’ and Che ‘the man’. Miss Infante was a medical student when she first met Che in 1947 and she has the measure of ‘the man’ in whom, she says “The flames that consume his existence lay concealed under his courtesy; he was a tender log, but his eyes were crackling with flame. A mixture of timidity and self-assurance, maybe audacity, hid a deep intelligence and an insatiable desire to understand, and, deep down, an infinite capacity to love. It is with this powerful missive that Juan Martin Guevara closes his case for his book; the one in which he peers into his brother’s heart to find the revolutionary and the man with a ‘capacity to tremble with indignation every time an indignation is committed in the world’.