Home Books & Miscellany Can Gaming Give the Jazz Genre a Boost? 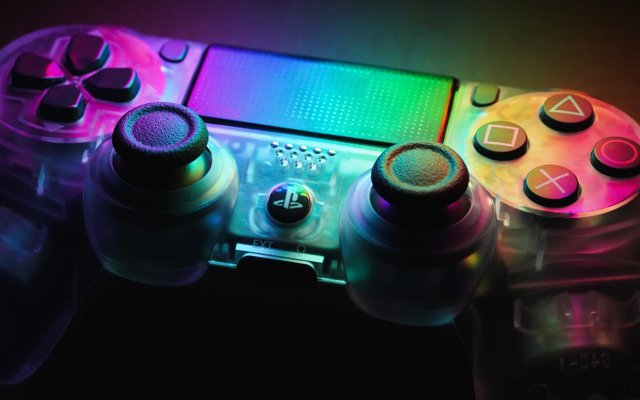 In many respects, jazz is alive and well today. There are whole cities where jazz culture is still fairly prominent; there are jazz clubs even in cities that don’t prioritize the genre; and the music lives on through streaming access, in certain films, and via regular tributes to the greats of past eras. Jazz has effectively established itself as a lasting piece of history that seems unlikely to ever fade away completely — at least for the foreseeable future.

If jazz is a lasting piece of history though, it is also relatively quiet as a modern art form. That’s not to say there aren’t jazz musicians performing regularly throughout much of the world. There are such performers, and a lot of them are producing great new music as well (look through NYT’s best jazz albums of 2020 and you’ll find some legitimate gems). But to the extent jazz remains active, it’s a niche genre, lacking the popularity it once had and reserved primarily for fans with particular interest.

Maybe that’s just how it is — and for the most part the jazz community seems to be okay with it. Jazz is nothing if not authentic, which makes it easier to accept the natural ebb and flow of its popularity. At the same time though it’s interesting to consider what might boost that popularity — and one possible, somewhat outside-the-box answer is gaming.

A strong link between music and gaming has developed over the last 20 years or so, with more and more video games being developed to either celebrate the lifestyle or help players to simulate musical activity. Most of these games, from Guitar Hero to Jack Black’s Brütal Legend action game, have primarily concerned themselves with rock ’n’ roll. But there are spaces in which a jazz game could conceivably fit right in….

We just mentioned Guitar Hero, which along with the Rock Band series more or less established the concept of a modern-day console music simulation game. Through these games, players use accessories built to resemble real instruments to play along with actual songs — pressing keys, hitting drum pads, and so on in order to match notes and complete tracks as well as possible. Whether or not a full jazz version of one of these games could work is difficult to say. But even seeing more jazz songs within future editions of Guitar Hero and Rock Band would help to put the genre on the map with fresh, younger audiences.

Basically the same concept described above now exists in app form as well. Naturally the controls are different, in that players tap and swipe screens to play music, rather than manipulate artificial instruments. Nevertheless, a number of games in this category help players to “learn” music in a sense, as well as to play through popular hits. Sprinkling in music from well-known or even emerging jazz artists would like expand the genre’s popularity a little bit, and in fact one game — Magic Piano, by Smule — has a fair amount of jazz content already (with tracks by Louis Armstrong, Nat King Cole, and more).

The online casino arcade industry is a complex and dynamic ecosystem of different types of games covering an extraordinary range of subjects and themes. Sometime in the last decade, developers figured out that a slot machine or jackpot game could have virtually any theme going on in the background, and there has since been an apparent frenzy to reach out to every conceivable interest. Musical themes have been hit or miss amidst this frenzy, but there are some games of note in the category, particularly within the game selection on Gala Bingo. There, players will find games with percussion themes (Rio Stars), games based on Christmas music (Jingle Bells), and even a specific game celebrating the music of Michael Jackson (called simply King Of Pop). At times there have also been similar slot games dealing with rock ’n’ roll, or specific rock bands. One or two similar titles with jazz themes would frankly fit right in, and would reach untold thousands of casino gamers’ eyes and ears.

VR gaming is a category that’s still emerging and finding itself to some extent. However, browsing through the games profiled by VR Scout (which keeps a close eye on developments in the category) one finds a number of experiences that revolve around rhythm, beats, and music. In various ways, VR developers are inventing their own versions of Guitar Hero-like simulators allowing people to match rhythms and play through songs in VR. Eventually these experiences will be fine-tuned, tailored to specific genres, and made to revolve around real music. And as with the other ideas above, jazz could be worked in in such a way that it would reach a lot of players without being ignored.

We can’t predict whether or not jazz will gain a more prominent place in these gaming arenas. But the good thing is that it doesn’t seem entirely unlikely. There may never be adequate attention or investment for full jazz video games. but jazz content within other games or gaming collections seems reasonable and might just help to boost the genre in the 2020s.