Home Books Timothy B. Tyson: The Blood of Emmett Till 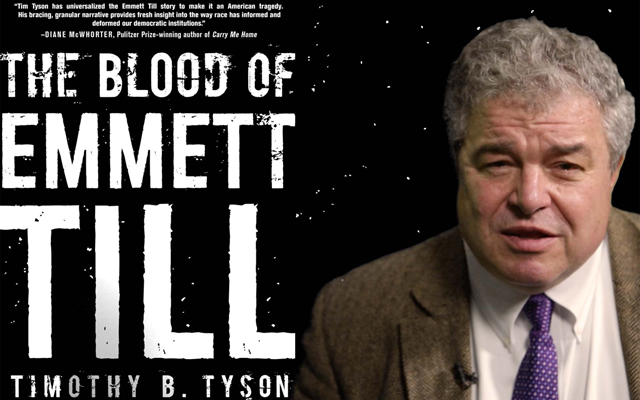 Black Monday served as the guide for starting the Citizens Council movement to resist the United States Supreme Court’s Brown v. Board of Education decision declaring segregation in public schools unconstitutional. Judge Brady would not be silenced. According to Timothy B. Tyson, Brady declared, “You can dress a chimpanzee, housebreak him and teach him to use a knife and fork, but it will take countless generations of evolutionary development if ever before you can convince him that a caterpillar and a cockroach is not a delicacy.” Mr Tyson continues: The chimpanzees were not alone in their uncivilised shortcomings. Again, from Judge Brady: “Likewise the social, political, economic and religious preferences of the negro remain close to the caterpillar and the cockroach.”

It was language such as that which set the tone for, and seemingly not only justified and condoned the lynching of black Americans by whites in Southern American states such as Mississippi. It also fueled the formation of the NCAAP, gave rise to the fiery ministry of Reverend George Lee of Belonzi, Mississippi, who was also murdered on May 7th 1955 near his home by several people, one of whom looked suspiciously like the town’s white Sheriff Ike Shelton. It strengthened the hand of the black leadership of the NCAAP and its leaders such as Medgar Evers, Theodore Roosevelt Mason Howard and Amzie Moore who formed the Regional Council of Negro Leadership to – among other things – help register black voters under the most trying circumstances in Southern America. It is in these critical chapters of the book that Mr. Tyson’s book reads like a detective book about the most egregious treatment of the American Negro.

Equally difficult to read, however, is the final chapter of the book entitled “The Children of Emmett Till” and here’s why. It is here that we come face-to-face with the fact that systemic racism is alive and being practiced with just as much vigour and blatant impunity even today – in 2017. Mr Tyson wraps things up by listing the murders of Trayvon Martin, Michael Brown, Sandra Bland, Eric Garner and many others who are martyred yet still often remain nameless and/or unsung – seemingly a whole generation of the descendants of Emmett Till and all victims of systemic, institutionalised racism even in the post-Barak Obama era. It’s almost as if life in the United States of America has regressed and returned to the sociology of slavery, when some men are more equal than others; to the dark days of the injustice of lynching, police brutality and the white man’s inhumanity to man.