Home Books Peter Cardinali’s Alma Records: Because Every Artist Must Have Soul 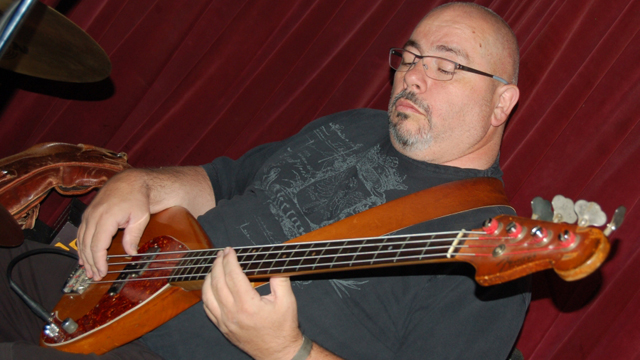 Jazz has been listened to and played in Canada arguably as early as it evolved from the blues. The recorded history of jazz in Canada dates back to 1917, when the New Orleans Quintet, Original Dixieland Jazz Band first recorded Sheldon Brooks’ “Darktown Strutters’ Ball.” Then for 41 years there was virtually no recording activity although jazz music continued to thrive in clubs and concert halls. And only Sackville (1968) and its affiliate label, Onari (mid-1970s) recorded any Canadian music in Canada. And that was until the 1980s and 1990s swung around. These two decades saw several private and commercial labels begin to document Canadian jazz music. But like many of the clubs that featured the music live, most Canadian labels have either ceased to exist or are a shadow of their incarnations during best years in commercial production. Today, however, there are two thriving exceptions—one of which is Alma Records. 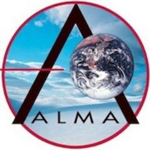 Alma Records was founded in 1992 by the bassist and producer, Peter Cardinali in Toronto, Ontario. As a hard-working first-call bassist, who founded two very successful groups—including The Boomers—a 70s band—and the more recent Dexter’s, Cardinali experienced, first-hand, what a musician had to go through in Toronto. So, when he decided to take control of his music and the music of other musicians he admired, it was not difficult to set a course for his new company. First off, the name: He decided on the name “Alma,” Spanish for “soul.” “Without it, there is no artist,” he says, “Without it, there is no label.” The name of the label also captures what he set out to do—one that looks for the “feel” of the song and its performer, “not just the formula.” As a performer, Cardinali also experienced what many Canadian musicians did in the 1980s and 1990s: being overlooked by the mainstream of the industry in favor of what he continues to call “the flavor of the month!”

Many Canadian musicians hold that thought to be true. More than ever, there is less and less work available to all, but a handful of “recognized” artists. Sometimes even those who are relatively well known or critically acclaimed find it hard to get gigs. There has also been much lamentation over the closing of many venues that patronized jazz music—The Top O’ The Senator and the Montreal Bistro, the latter a venue for many famous live jazz recordings. So when Peter Cardinali set out to build a home for the soul of the Canadian jazz musician, he made good on his promise. First he created an environment for unbridled creativity, allowing the musician to commit to tape what was flowing through mind, heart and fingertips! Then he went on a voyage of discovery, after artists—new and original—that would not be compromised in their music, by the obsessive commerce of the music industry. 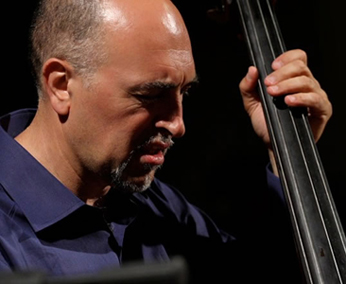 The result: a roster of artists that features some of the most important innovators in the art of jazz. Bassist Roberto Occhipinti is one of the busiest bassists in the city. Prior to making albums under his own name he gained a reputation as a musician who could play music in any idiom, but hit his stride in Latin-American music. He toured with Jane Bunnett and the Spirits of Havana. His association with the prodigious pianist, Hilario Duran resulted in four outstanding albums. In 2001, Occhipinti made his first record as leader, Trinacria. Then in 2004, he made his second album as leader, The Cusp, also with Hilario Duran, drummer, Dafnis Prieto and the Toronto saxophonist, Phil Dwyer and members of the famous Toronto big-band, the Boss Brass. His last effort was his most ambitious and featured challenging arrangements for a string quartet, orchestra, and also battery of Cuban percussionists. Yemaya (2005) may have got the recognition it deserves, but remains one of the most enduring records made by a Canadian bassist and musician. 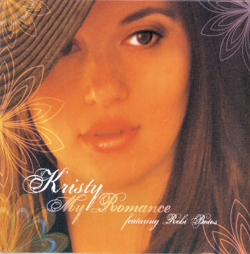 Hilario Duran, a powerhouse in his own right before he emigrated from Cuba to Canada is now a regular Alma recording artist. His pianistic powers rival those of Gonzalo Rubalcaba and Chucho Valdes and he has also gained a reputation as one of the most accomplished composers and arrangers on the Canadian scene today. A multi-Juno award winner, Duran is well known in Canada as well as the US. Among his many admirers are Jane Bunnett, with whom he toured with the Spirits of Havana, and Grammy Award winner, Paquito Rivera. Duran must also be given credit for his most recent record, a tour de force of composition and big band arrangements. From the Heart (2006) realizes a long-held dream to write and arrange music that pays tribute to Cuban jazz big band musicians and conductors with whom he worked before coming to reside in Canada.

Alma records have been clever in the development of its roster, choosing its artists carefully and leaving the artists to develop a repertoire that expresses who they are. Some of the more important artists developed by Alma are the legendary Hammond B3 organist Joey DeFrancesco, prodigiously talented pianist and vocalist Michael Kaeshammer, virtuoso percussionist Vito Rezza, saxophonist Phil Dwyer and the newly discovered tenor saxophonist, Mike Ruby and the ever-wonderful Kristy. 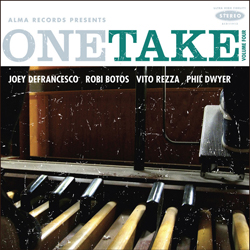 Cardinali has also come to be recognized as an outstanding producer. Few know that he worked for years at Motown—arranging and producing such artists as Marvin Gaye and Rick James. He has also arranged and produced albums for the outstanding Toronto violinist, Hugh Marsh and for Anne Murray. While many of the Juno-winning albums made by Alma artists have been produced by him, his most successful production to date has been the One Take series of albums and DVDs. As the title suggests, One Take is built on the premise that all the music be recorded and captured on video as such: in just one take! Three volumes have so far been released. The first featured Toronto’s legendary Canadian guitarist, Lorne Lofsky with Trumpeter and flugelhorn player, Guido Basso, Hammond B3 wunderkind, Joey DeFrancesco and drummer, Vito Rezza. One Take, Volume Two features drummer Terri Lyne Carrington, keyboardist Robi Botos, saxophonist, Phil Dwyer and bassist, Marc Rogers. One Take, Volume Three, probably the most challenging of all is a duet date featuring leading bassist and multi-instrumentalist, Don Thompson and guitarist Reg Schwager. According to Cardinali, more of these sessions have been planned. As a producer who has long-since endeared himself to musicians, his choices are broad and the jazz-loving public can expect the unexpected!

In addition to signing its own artists, Alma has ensured that the largely Canadian roster is rolled out worldwide, through judicious licensing deals with, as Cardinali puts it, “kindred labels,” such as Universal, Ryko and several others. And having established a solid base over the decade and a half of its existence—Alma has a promotions division, a film unit and a multi-media division—the label has now expanded its music publishing division, Cardster Music Company. For once the future of jazz in Canada for those free-spirited musicians who have defined the idiom—north of the ubiquitous border—is beginning to look a lot brighter, at least for recording artists.