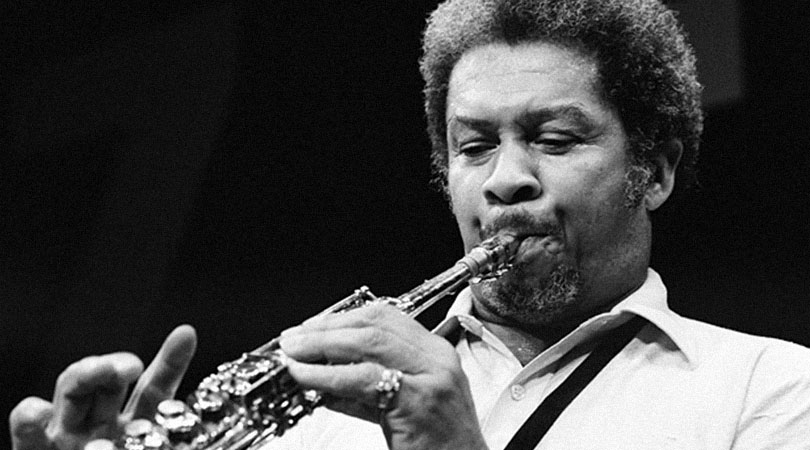 The hallmark of an autobiography is the honesty with which the story of its protagonist is told. In the case of the late Frank Foster, it is marvelous to read what he has to say of himself and the forthrightness with which he tells his story. None of this could have been easy to put to down in writing. After all Mr. Foster is a musician; a saxophonist first and more likely to “do the talking” with his woodwind instrument, in the charts he became legendary for as a member of the Count Basie Orchestra, and numerous other bands in which he was a member of a stellar cast. But his story was a compelling one and he tells it here with almost touching openness. His purpose it would appear from the preface is to indicate a process of maturation that he reached at the time he ostensibly put pen to paper. But there is also a subtext and that is living and growing up in a racially segregated America of the 1940s. What it was like to live in an African-American neighbourhood, in Cincinnati, attend a segregated school and later, when he toured with his various bands, what Detroit was like with its racist police force. Mr. Foster had every need to be afraid of them; after all he was “dating” white women, something society frowned up on and something he could have been severely punished for, being African American.

Here his narrative takes on a titillating—even, at times, lurid—turn, but it seems par for the course and a lot worse has been written about groupie-ism in the world of rock and roll. This might actually make Mr. Foster’s sexual exploits tame by comparison as he sowed his proverbial wild oats in his youth. The story becomes more touching when Mr. Foster tells of that phase in his life when he was addicted to drugs. Though he was never a user of so-called hard drugs he smoked enough marijuana, it would appear, to keep him high for life. However, it was not so much disenchantment with life—as in the case of Charlie “Bird” Parker’s heroin addiction—but more naiveté which allowed Mr. Foster to begin experimenting with weed. Important to note here that this becomes a cautionary tale towards the end of his story, as Mr. Foster considers this to be one of the “evils” that plagued him almost throughout his musical career and his life as a whole. That, and sexual promiscuity, he realised were destroying his life; this realisation came to him when he made his peace with God. This, he says “has nothing to do with my present attitudes since, thankfully enough, I do not do drugs anymore—illegal or otherwise. This might sound as if Mr. Foster made a rather puritanical turn in life. However, this is certainly not true and the vivacious nature of his narrative is proof of this fact although he describes his relationship with his second and last wife Cecilia—who enabled the telling of the story and its publication—with a great deal more reticence that he does the exploits he had with the many women he dated, especially in Detroit.

The most tragic part of the story is his involvement in the Korean War. It is here that segregation is at its greatest and somehow Mr. Foster confirms what was anecdotally true: that the African American was largely peace-loving and saw no point in fighting an enemy he had no inimical thoughts about. Although Mr. Foster knew nothing of the Koreans and the Chinese he was fighting against, he reserves his greatest wrath for those who sent him there. These were the officer who wanted to “teach you people how to kill” and the politicians who chose to get involved and were not concerned who they killed or whether they were killed in the first place. Here is how he tells it: “It really placed one heavy burden on my mind, knowing that other folks whose mindsets were light-years away from mine had total control of my life, and were sending me and others like me thousands of miles to some strange land to fight this war in order to benefit a bunch of fat cats who didn’t have to be anywhere near this crappy shit. Furthermore, those sad motherfuckers wouldn’t suffer so much as a broken fingernail; while I and thousands of others might die horrible deaths for causes we could neither understand nor relate to, plunging countless families into abject misery at the loss of sons, brothers, husbands and fathers. It is naïve, yet hard to see how America is protecting its national interests in a far off land through words as poignant as those.

But this is not only about the life of Frank Foster who loved sex, but hated war. It is also a love story of one of the finest saxophonists, composers and arrangers to play jazz for numerous bands, especially his holy grail, the Count Basie Orchestra. Mr. Foster not only describes the experience but talks up the story when he first heard the band, with tenor saxophonist Eddie “Lockjaw” Davis in the woodwinds section of the orchestra; a man he came to replace and who was so good that Mr. Basie was prepared to wait until he returned from Korea to sign him up, albeit after some anxious moments for Mr. Foster. Then the excitement of composing for “The Chief,” as Mr. Basie was known to those whom he employed. One of the things missing was a revelation of who Mr. Basie really was as a band-leader. This had probably to do with the awe in which men like Frank Foster held him. Still, Mr. Foster does give more than a glimpse of what it was like to win favour for his compositions, and his solos—especially from the likes of Ms. Sassy—Sarah Vaughn and Ella Fitzgerald. The very look from the two, it seems turned Frank Foster’s knees to jelly. The excitement in the chapter entitled “Count Basie is looking for you” is palpable. Not only is the reader taken into the inner mechanisations of recruitment in music, but he does reveal some of the truths about a life in jazz and it is here that he does it most poignantly. This is a book that is so forthright and does not pull any punches. It might sit up there in the vaunted shelves when books by Charles Mingus’ ”Beneath the Underdog” also sits. This book may not be a literary masterpiece, but in its abject truth it is a book about one of the most self-effacing geniuses of modern jazz: Frank Benjamin Foster III.

Frank Foster was born in Cincinnati, Ohio, and educated at Wilberforce University. In 1949, he moved to Detroit, Michigan where he joined the local jazz scene, playing with musicians such as Wardell Gray. Drafted into the US Army in 1951, Foster served in Korea with the 7th Infantry Division. Upon finishing his military service in 1953 he joined Count Basie’s big band. Foster contributed both arrangements and original compositions to Count Basie’s band including the standard, “Shiny Stockings”, and other popular songs such as “Down for the Count”, “Blues Backstage”, “Back to the Apple”, “Discommotion”, and “Blues in Hoss Flat” as well as arrangements for the entire Easin’ It album.

From 1970 to 1972 (and on occasional later dates) he played with Elvin Jones, and in 1972 and 1975 with the Thad Jones–Mel Lewis big band. Foster was an Artist in Residence at the New England Conservatory of Music in Boston in 1971. That same year, he also started teaching for the New York City Public School System in District 5, Harlem, as part of a team of six professional musicians assigned to the Federal Government’s Title I Program: Cultural Enrichment Through Music, Dance, and Song. From 1972 to 1976, Foster was full-time Assistant Professor in the Black Studies Program at the State University of New York at Buffalo (SUNY).

Foster also formed and lead several groups, most notably Living Color and The Loud Minority. He co-led a quintet with Frank Wess in 1983, and toured Europe as a member of Jimmy Smith’s quintet in 1985.

Foster departed from the band in 1995, after which he resumed his leadership of three musical groups: The Non-Electric Company (a jazz quartet/quintet), Swing Plus (a 12-piece band), and The Loud Minority Big Band (an 18-piece concert jazz orchestra), each of which he had organized years prior to assuming leadership of the Basie unit in 1986.

Frank Foster suffered a stroke in 2001 that impaired his left side to the extent that he could no longer play the saxophone. After continuing to lead The Loud Minority on limited engagements for much of the 2000s, he has recently turned his leadership responsibilities for the band over to Cecil Bridgewater, a prominent New York City jazz musician.

Frank Foster became a great supporter of The Jazz Foundation of America in their mission to save the homes and the lives of America’s elderly jazz and blues musicians including musicians that survived Hurricane Katrina. After receiving help from the Jazz Foundation, Frank has supported the cause by performing in their Annual Benefit Concert “A Great Night in Harlem” in 2008.

Frank donated his gold-plated tenor sax to be auctioned by the Jazz Foundation of America, the proceeds of which went to support the foundation’s non-profit programs, especially working gigs and educational programs for victims of hurricane Katrina in New Orleans and the Gulf Coast.

Until his death Foster continued composing and arranging at his home in Chesapeake, Virginia, where he resided with his wife and personal manager of nearly 45 years, Cecilia Foster.