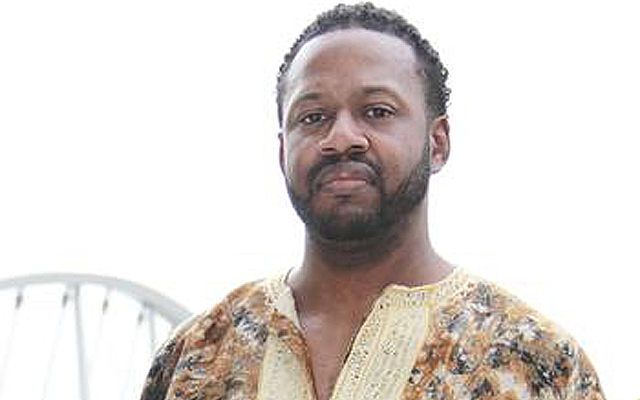 Nothing says “Blues” like true “Jazz” and the only musician that “speaks” both in its authentic tongue is the African-American. White America has appropriated the idiom and therefore the poetry of both, with some generous help of corporate America. Lest I be lynched for such apostasy, I must make restitution immediately by saying that some of the finest musicians I know are white and they do play a mean saxophone, and a trumpet, a bass, drums and so on. But, for heaven’s sake, let’s not confuse “improvisation” with Jazz even if the bedrock of Jazz is improvisation. If we do, then we are denying Black America of its great contribution to contemporary classic music: and by that I do not mean Jazz, but The Blues.

It should never have needed Imamu Amiri Baraka or LeRoi Jones, as he was then called, to tell us so. But it was necessary because the Black Man, who begat all Man, has been denied everything he ever created, invented and continues to innovate. But Baraka is dead and unfortunately in this here West we whore after false gods. And we will resurrect the Kingship of Baraka and those of his tribe one a year: you guessed it! During Black History Month. So when a “Blues People” is celebrated by one of its own, it is cause for celebration and it does not matter what month it is, for it ought to be every day especially when it’s with music that is this important, and this good… by Mark Lomax II.

Blues People is part of a release by the drummer and pedagogue, Dr. Mark Lomax II, called the Blues Bundle. It had to be done this way, i.e. “proudly independent”, so that the integrity of the music could be maintained. By that I mean that the raw, unadorned rasp of the Blues would be enshrined in every dark rumble of Lomax’s mallets on tom-toms, shorn of gratuitous virtuosity on snares and cymbals, although there is plenty of stylish Bluesspeak on the same snares and cymbals – the marching, chanting freedom of pulse and energy – throughout this seven-movement piece.

It begins with the fear and trembling of “Africa” and “Ma’afa (The Middle Passage)” from Gorée to the so-called New World. Already, Mark Lomax II recounts his forlorn narrative – cymbals rattling like chains clanging and in the thunder and lightning telling of the wrath of God – the God of Africa and America – echoing not only in the terrifying drums, but also in the low growl and the elemental howl of Edwin Bayard’s burnished horn. 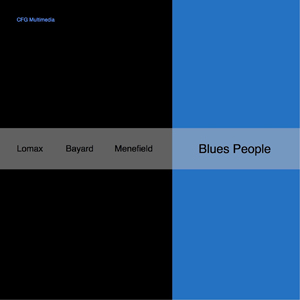 The mighty third and fourth movements of the piece holler and boom as Lomax claims ancestry from Max Roach and Elvin Jones, while Bayard raises the ghost of ‘Trane.

In the fifth movement we meet – properly for the first time – a young and prodigiously talented pianist William Menefield. His performance on “Civil Rights” is an object lesson on how to “cry” the Blues; a true masterclass that speaks tone-colours written in blood and burning tears, while Lomax conjures the thunderclap of baton on bone. The piece makes the heart beat a little faster, and prepares one for “Amerikkka” – a keening version of “America The Beautiful” so ironically appropriate to the times. “Freedom Ain’t Free” is a blues that closes the suite with drums blazing and a hole in the heart…broken.

Mark Lomax II and The Ogún Meji Duo: The Art of Sound

Many years ago – in 1965, to be precise – “The Professor”, the legendary Max Roach wrote a song for solo drums, calling it “The Drum Also Waltzes”. The same year John Coltrane also made an iconic recording: A Love Supreme. Max Roach’s extraordinary solo was a model of perfect pitch, tone colours and one of the most glorious, otherworldly melodic inventions ever to be played on drums; in addition to “The Smoke that Thunders”, that is. And Trane’s A Love Supreme gave Black Pride back to the Blues, Jazz, and to the people of Black America.

In this summoning of God, the Orisha “Ogún”, Mark Lomax II and the Ogún Meji Duo – with Edwin Bayard has re-enacted the majesty of all three works by Roach and ‘Trane and then some with the New Blues. This is visceral music. Once again Lomax pierces the membrane of the mind’s ear with an elemental Blues, echoed in no small measure by the howling, keening Edwin Bayard, whose flights into the upper register of the tenor saxophone are urgent, shrill 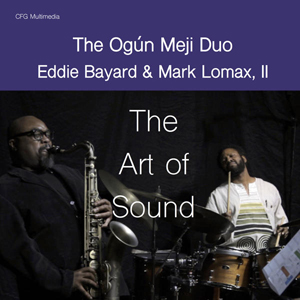 and often blood-curdling. There is much homage to ancestors here and much singular expression of prodigious ingenuity as well.

In the making of history – in which the Blues and Jazz is in a never-ending present-tense because in our humanity and in its imprint – our art – the past is the present and the present is the future, and it is this continuum that Mark Lomax II and The Ogún Meji Duo have created The Art of Sound – the voice of the human drum, its summoning of Ogún by any means necessary, especially in this New Blues of the modern griot – that he is able to draw an invisible line from the earliest Blues People through Roach and ‘Trane, and to Kidd Jordan and Ornette Coleman with this heart music: The Art of Sound.