Home Blues Louisiana Red: When My Mama Was Living 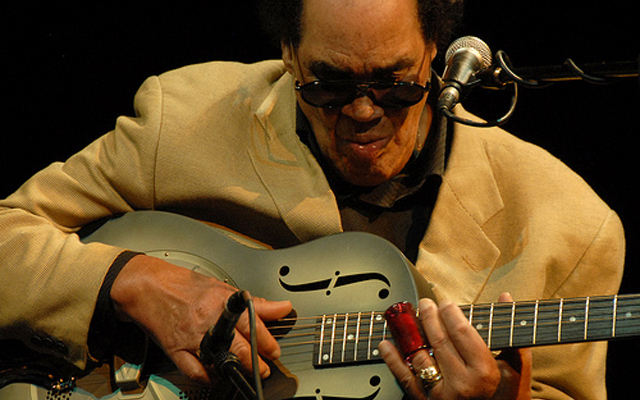 This album is well worth taking out a vault and ought to be part of a time capsule of its day. Louisiana Red’s When My Mama Was Living is one of those classic recordings produced by Kent Cooper and Heiner Stadler for Labor Records and it consists of several songs by the legendary musician whose haunting wail once ruled the world of folk blues – the root of all African-American music, and possibly all contemporary American pop music from bebop to hip-hop. But first a little history. Louisiana Red (Iverson Minter) was born in 1932. His mother died soon after his birth and his father was hanged reportedly by the KKK. It’s no wonder then how Red’s music took on a poignant howl as he ‘cried’ the blues. In this regard, he was quite apart from other modern blues singers. His high and lonesome style pf playing the harmonica played a large part in Red’s unique sound. 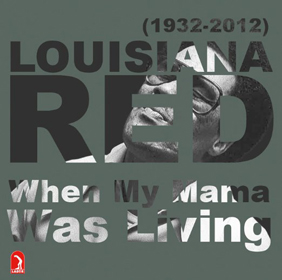 When My Mama Was Living is a cry from the deepest recesses of the soul – not simply the heart – but the soul of Louisiana Red. He once recorded a song ‘Sweet Blood Call’ when Kent Cooper helped him restart his career in New York, in Cooper’s loft in New York City. The songs on this album have the same spine-chilling quality of ‘Sweet Blood Call’ and the music with which Louisiana Red conquered Europe at the 1975 Montreux Jazz Festival when he opened for Etta James and Albert King. Red’s music strikes at the heart of the listener like sudden bolts of lightning, his tine artfully leavening his logical but nevertheless unpredictable melodic thinking. His notes on the guitar played with the ubiquitous bottle-neck which he uses to bend and twist notes, to make them and his music quiver and howl. His harmonica, when he plays it to accompany himself on guitar breathes like a living thing as his vocals wend their way down echoes of the dark, lonely streets of his past. Kent Cooper’s music, written with Red in mind, no doubt, – especially ‘When My Mama Was Living’ and ‘Cold Cold Feeling’ capture the desperate longing for a respectable life.

Throughout the recording Louisiana Red holds nothing back. And while the great bluesman Lefty Dizz and Peg Leg Sam are present on a few songs, this is Red’s moment of glory. His music is a visceral meditation on the human condition. When he sings of how the blood in his body moves and courses through his veins, you can almost hear the pumping of his heart as it weeps with abject sorrow, then soars with jubilation as he is rescued by the blues. Throughout his musical life which began very early on the streets of Pittsburgh and then spread – thanks to Cooper and Stadler – across America and the rest of the world. When My Mama Was Living is a truly exceptional record of some of Louisiana Red’s finest work – on guitar, harmonica and voice. You only have to listen to ‘Joanna’ to feel the depths of his heartbeat. Louisiana Red’s music is something that song will mesmerise the listener and haunt him for the rest of his life.

Track List: Walk All Over Georgia; King Bee; When My Mama Was Living; Caught Your Man And Gone; Little Suzie Jane; Got A Girl With A Dog Won’t Bark; Cold White Sheet; Going Down To Georgia; You Got To Move; Going Home; I’ll Be Glad When You Are Dead You Rascal You; Cold, Cold Feeling; John Henry; Stole From Me; Joanne.